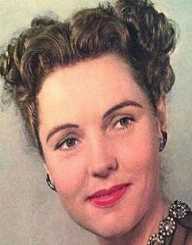 Jane Wyatt was born on August 12th, in 1910. She was famous for being an American actress. She earned profound fame for the role she played on the CBS show dubbed Father Knows Best.

Jane Waddington Wyatt alias Jane Wyatt was born on August 12th, in 1910. Her place of birth was in Mahwah in New Jersey. She was however raised in Manhattan. She was the daughter of Christopher Billopp Wyatt. Her father worked as an investment banker. Wyatt had three other siblings.

Wyatt enrolled with Miss Chapin’s School when she was still residing in New York. Later, she joined Barnard College and spent two years there. After this, she went to an apprentice school located in Stockbridge, Massachusetts.

Jane Wyatt began her career on Broadway where she first played a role in Trade Winds. Later on, she tried out her luck at the film industry after signing her first contract with the Universal Pictures. She made her first film appearance in 1934 with the role she played in One More River.

One of Wyatt's best film roles was in Lost Horizon in 1937. In this film, she played the role of Ronald Colman. Other films that she featured in include: None but the Lonely Heart, Our Very Own, House By the River, Task Force and several others.

Aside from featuring in many films, Jane Wyatt also landed several roles on TV. She is best remembered for the role she played in the CBS show dubbed Father Knows Best. This show began airing in 1954 and ran for about six years. Other TV shows that she featured in include Wagon Train, Going My Way, Star Trek and The Nativity.

Wyatt wedded Edgar Bethune Ward on November 9th, 1935. Their marriage came to an end after the death of her husband on November 8th, 2000. The couple was blessed with two children.