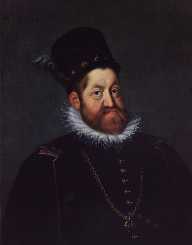 Maximilian II, the Holy Roman Emperor, was the son of Ferdinand I, the Archduke of Habsburg and Anne, Princess of Bohemia and Hungary. He ascended to the throne in the year 1562 and was a very tolerant ruler in his religious policies.

Unlike many other Roman emperors, who were strictly religious, Maximilian II was more humanitarian. This made him famous among the protestant princes but also caused unrest among his subjects, but using his wits, he was able to establish a feeling of religious tolerance. He is also considered to be responsible for the peace between protestant princes and Roman nobles.

Maximilian II is known today more due to his religious policies, rather than his political achievements which were very few.

Maximilian II came into this world on July 31, 1527 – born in Vienna, Australia, born to Ferdinand I and Anne of Bohemia and Hungary. He received his education in Italy where religiously tolerant scholars taught him. It was this interaction with scholars that developed humanism in him, and he became much more accepting towards people other than Catholics.

Because of his humanist attitude, Maximilian II endured the danger of being stripped of the rights to claim succession after his father. Philip II of Spain, the son of Emperor Charles V, was a devout Catholic and the nobility was backing him as their king. The dispute was resolved when Philip succeeded Ferdinand, while Maximilian became the Governor of Germany.

Maximilian II wanted to reform the Catholic Church and allow the practice of freedom of religion to the Lutheran nobles and nights. This caused unrest among his subjects earlier but slowly Maximilian became reserved about his religious views, and this helped improve the mutual relations.
He was involved in a battle with the Ottoman Turks which resulted in him paying tribute to the Sultan. Another political failure was Maximilian’s idea of the complete control of the Emperor over the army – the Princes did not accept this.

Maximilian's political career was mainly a disaster, but he achieved a lot of success in making tolerant religious policies.

Maximilian II was married to Charles V’s daughter, Mary of Spain on September 30, 1540. The marriage was politically motivated to improve the relations between Spain and also to assure the kingdom of Maximilian’s Catholic faith. Despite their religious differences, Maximilian and Mary were very devoted to each other. They had 16 children together – nine sons, six daughters and one stillborn.

Maximilian II died on October 12, 1576, in Regensburg. He was only 49 years old. He was buried in St. Vitus Cathedral in Prague.