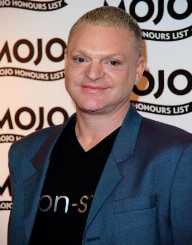 Andy Bell was born on April 25, 1964. He is a singer. Andy is the lead singer of the English duo ‘Erasure.’ He has had a successful solo career as well. He is currently fifty-four years old.

Andy Bell was born Andrew Ivan Bell on April 25, 1964, in England. He was brought up in Dogsthorpe. He attended King’s School in the City.

Andy Bell began his career in 1985. Before he fully ventured into music, he was selling women shoes. He also performed in a band that was known as ‘Void.’ Somewhere in 1985, he responded to an advertisement in the newspaper that was looking for a singer.

He was successful in his audition, and he formed the band ‘Erasure’ with Vince Clarke. The pair has been tight from then to date. They have sold more than twenty million albums globally.

Bell is a charitable person. Out of his busy schedule, he has been able to donate time and make recordings for charity organizations. Such records include the cover of ‘Let it Be’ by Ferry Aid and a cover of ‘Too Darn Hot’ by Cole Porter. In 1991, he sang the role of Montresor in the opera ‘The Fall of the House of Usher’ by Judge Smith and Peter Hammill. In 2005, he signed a solo recording contract with Sanctuary Records.

His first ever solo album was released in October titled ‘Electric Blue.’ The albums included duets that he had done with Jake Shears of the band ‘Scissors Sisters’ and Claudia Brucken of the band ‘Propaganda.’

His album was co-written and recorded with Manhattan Clique. In 2010, he released his second album titled ‘Non-Stop.’ Pascal Gabriel helped him write and produce the album. The album features collaborations with artists such as Perry Farell.

Before he released his album, he released the hit singles ‘Will You Be There?’ and ‘Running Out’ via Mute Records. The singles were produced by Pascal Gabriel. In 2011, he appeared in the second season of the series ‘Popstar to Operastar.’

Andy Bell is currently fifty-four years old. He is gay, and his longtime partner is Paul M. Hickey. In 2004, he admitted in public to being HIV positive since 1998. Bell is not as healthy as he seems since he suffers from avascular necrosis which had led to the replacement of both his hips.

Following the procedure, he cannot move vigorously on stage. On April 11, 2012, his long time partner Paul M. Hickey passed away at the age of sixty-two. In 2013, Bell got married to Stephen Moss who is his partner to date.