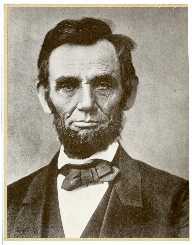 John George Nicolay moved to Illinois, and found a job as an apprentice, with the Pike County Free Press. He was with the paper for eight years. During that time he went from apprentice to journalist, then editor. He eventually became the owner.

Over the years he worked with the paper, John George Nicolay built up a formidable list of contacts in political and social circles, including Abraham Lincoln.

John George Nicolay served faithfully during his tenure, although his relationship with Lincoln’s wife was not a happy one. For some reason, Mary Lincoln took a dislike to Nicolay and was often at odds over things like the organization of events.

John George Nicolay was also in ill-health for most of his time serving the President.

Lincoln appointed John George Nicolay to the position of United States Consul at Paris in 1865. Shortly after the appointment, Lincoln was assassinated. Nicolay remained in the position, based in France, from 1865 through to 1869.

When John George Nicolay returned to the U.S., he joined the Chicago Republican paper for some time, where he was the editor.

In 1872 he was appointed Marshal of the United States Supreme Court, a position he held until 1887. During this period he wrote the book, The Outbreak of the Rebellion.

During his tenure as Lincoln’s private secretary, John George Nicolay also had Lincoln employ his friend, John Hay. Nicolay and Hay collaborated on writing books about Lincoln, including his official biography.

The Literary Society of Washington was founded in 1874. According to John George Nicolay’s daughter, Helen, Nicolay was one of the founders. Both Nicolay and Hay were long-time members of the Society.

Nicolay’s daughter never married, and as he fell into ill-health in later life, he lived with her in Washington.

John George Nicolay, in conjunction with his friend John Hay, penned Lincoln’s official biography, about 30 years after the President’s death. The biography was called, Abraham Lincoln: a History. Initially, it was published in The Century Magazine as a serial, over a four year period from 1886 to 1890. It was then printed as a 10-volume book set. The work is seen as the definitive guide to Lincoln and the times in which he was President.

John George Nicolay’s other major work, also completed in conjunction with Hay was a multi-volume set called, Complete Works of Abraham Lincoln. It was first published in 1894 and then reprinted in 1905.

John George Nicolay married Therena Bates, and they had one child, a daughter, named Helen.

The writings co-written by John George Nicolay are his legacy. Giving the world a detailed insight into not only one of the most well-known names in history, Abraham Lincoln but also the times in which they lived.