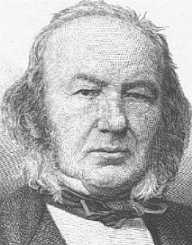 Claude Bernard was a French scientist & physiologist who played an instrumental role in the development of scientific experimentation techniques in the 19th century. His work is still considered as one of the pillars on which the scientific research developed.

Claude Bernard is also known for his investigation on the workings of the pancreas gland in the human body.

Claude Bernard was born on July 12, 1813, in Rhone, France. His star sign was cancer. His father Jean Francios Bernard was a winegrower and a peasant. His mother Jean Saunier also came from a family of peasants. Claude Bernard was enrolled in the Jesuit school in his village. The school didn’t impart any scientific education. Instead, it taught its students Latin.

However, Bernard’s curiosity helped him gain enough scientific ideas before he moved to college.

Bernard’s college education didn’t last long too. He was always of an inquisitive mind, and the college curriculum didn’t do much to satisfy his curiosities. So, soon after joining the college he dropped out and became a worker at a chemist’s shop where he was allowed to conduct experiments.

In 1834, at the age of 21, Claude Bernard decided to work as a screenwriter. He had moderate success till he was encouraged to work more on his scientific ideas and give up screenwriting. Claude Bernard joined as an intern under the French doctor Francois Megan die at the College of Paris.

At the college of Paris, Bernard researched on spinal nerves and also came to the conclusion that gastric juices played a major role in digestion. By 1847, he had formulated this theory in its entirety. It was also during this time that he was made the Deputy Professor at the College of Paris. His association with Megan die continued. Due to his great contributions, Claude Bernard was inducted into the Academy of Sciences in 1854. He also joined the famous French University ‘Sorbonne’ in the same year.

For the rest of his life, Claude Bernard continued teaching physiology changing his workplace once in 1868 to the ‘Museum of Natural History of the Jardin des Plantes.’ Throughout his career, Claude Bernard advocated the use of blind experiments in scientific investigation. He also promoted vivisection – surgery performed on living organisms.

Claude Bernard was awarded the Copley Medal in 1876 by the Royal Society of London, for his contributions to the field of physiology.

Claude Bernard was an agnostic in his life. He met and married Marie Francoise Martin in 1845. The marriage wasn’t out of love. Instead, Bernard married for money. He received 60,000 francs as dowry in marriage.

He used this money to further his research instead of spending it in building their married life together. Naturally, the couple wasn’t happy, and they separated a few years later. Claude Bernard then immersed himself in his research. The couple had two daughters together.

Claude Bernard suffered from kidney inflammation during the later stages of his life. It was also the cause of his death on February 10, 1878. He was 64. Post-death, he became the first scientist to be accorded the state funeral.