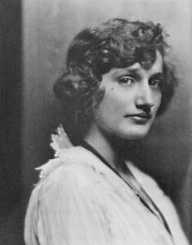 She was infatuated by her appearance from her early childhood. She spent her time minding her appearance and her singing voice. Beale was not keen on her academics. She often fought with her father on her behavior. The situation worsened when the family moved to Manhattan, New York. Beale was exposed to the social life she yearned.

She married her lawyer husband Phelan Beale in 1917. They settled in Manhattan. She had her first two boys while in Manhattan. The couple bought a 28 room mansion in New York next to the Atlantic shores. They called it the Grey Gardens. Beale continued with her socialite infatuation. She frequented musical events and clubs to the dislike of her husband. The couple became increasingly incompatible in their social preferences that affected their marital life. Beale liked a socialite lifestyle without working like her peers.

Her carefree lifestyle took a dramatic turn on her parenting. She pulled her daughter out of school for two years. Beale claimed her daughter constantly suffered from a chest illness, and needed her attention. During the school absence, Beale carried along with her child to social gatherings, movies, and social theaters almost daily. With her eccentric lifestyle and poor parenting, her marriage fell apart. The couple divorced. In the divorce settlement, Beale got the Grey Gardens mansion and regular child support from her former husband.

Beale was free from her husband’s curtailing of her singing dream. She pursued her singing with vigor. Despite her stable upbringing, Beale was a regular in nightclubs. She recorded a few songs to her name but never made any commercial success. She fell out with her father in 1942. Beale arrived late in her son’s wedding dressed as an opera singer. Coming from wealthy family background, her father was angered by her behavior. As a result, he struck her off his will. He placed her two sons as trustees to her fund of USD 65,000.

Beale started experiencing financial difficulties in maintaining her lifestyle. The monthly upkeep from her former husband was not enough for her. In 1952, her daughter returned to live with her mother in the mansion. The two loved on the property without regular visitation. The grand 28 roomed mansion gradually became a run-down of its former self. Beale and her daughter started sharing the mansion with stray animals including rodents, cats, hogs, and raccoons.

With no substantial regular income, Beale and her daughter started living on a hand to mouth basis. They ate both human and animal food. The house exterior dilapidated fast. The growing vegetation of trees, long grass and shrubs grew close to the house. The mansion resembled an abandoned residence.

In 1971, New York officials raided the house. Beale and her daughter Little Eddie were told to clean up the mansion to habitable standards or vacate it. Beale fought back the eviction threat philosophically. She retorted that the eviction was a Republican Party ploy on her. The media had a field day selling the newspapers with the story. Eventually, Jackie Onassis and her husband intervened. Jackie donated USD 32,000 to rehabilitate the mansion.

When the cleaning was over, the garbage collectors wheeled away over 1,000 plastic bags of garbage. Beale was confronted with another issue on property tax. Her two sons paid the taxes and she retained the mansion. Her sons continued maintaining the repairs of the mansion. They hoped their mother would sell it and move to a less expensive house to manage. Beale stayed on the mansion with her daughter until her death.

In July 1976, she fell and injured herself. She suffered a heavy cold after her furnace collapsed from three days in the winter December of 1976. Beale battled with effects of the cold for the rest of her life. She died on February 5, 1977, on a hospital bed at Southampton Hospital. She was 81 years old. She was buried in the family piece of land in East Hampton, New York.