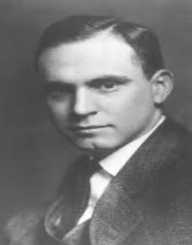 Roger Baldwin was born on January 21, 1884, in Wellesley, Massachusetts. He was one of the earlier pioneers of the American Civil Liberties Union (ACLU). He served as the executive director of ACLU from its inception in 1920 until 1950. Many prominent trials were conducted in his tenure as director including the Scopes Trial and the murder trial of Sacco and Vanzetti. He died on August 26, 1981, aged ninety-seven.

Roger Nash Baldwin was born on January 21, 1884, to Frank Fenno Baldwin and Lucy Cushing Nash. He was born in Wellesley, Massachusetts. He attended Harvard University from where he received both his bachelor’s and master’s degrees. Roger moved to St Louis where he served as an instructor in sociology at Washington University. He also served as a social worker and took a job as a chief probation officer at St. Louis Juvenile Court. During his time at the juvenile court, he wrote two books alongside Bernard Flexner titled ‘Probation’ and ‘Juvenile Courts.’

In 1910 Roger Baldwin became the secretary of the reform Civic League of St. Louis until 1917. In 1917, with the outbreak of World War I, he left St. Louis to serve in Civil Liberties Bureau of the American Union Against Militarism. On October 30, 1918, he was arrested and sentenced to serve a year in prison for objecting to being drafted.

In 1919, he was released from prison after serving nine months and became a blue-collar worker. The same year he became a member of the I.W.W. Cooks and Waiters Union. In 1920, he traveled back to New York and founded the American Civil Liberties Union (ACLU). The other founders of ACLU included Albert DeSiver and Walter Nelles. He became the first executive director of ACLU.

The ACLU became a vital organization which assisted in many cases including the John T. Scopes Trial in 1925. It also advocated in the abolishment of the illegal iron police and Pennsylvania coal. Under his direction, the ACLU was also involved in the case of Sacco and Vanzetti. It also helped in lifting the ban on Joyce Joyce’s Ulysses among many other successful cases. In 1927, he wrote a book titled ‘Liberty Under the Soviets’ in the Soviet Union. With the impending communist regime in the Soviet Union, he developed a change of heart toward the communists.

Roger Baldwin removed some of the members of the regime and their allies from the ACLU national board. In 1947, he visited Japan under the invitation of General Douglas McArthur. Douglas wanted him to bring advancements that will promote the growth of civil liberties in Japan. While in Japan, he established the Japan Civil Liberties Union. He received the Order of the Rising Sun honor which from the Japanese Government. In 1948, he visited Austria and Germany for the same assignment. In 1951, he became a Fellow of the American Academy of Arts and Sciences.

Roger Baldwin lived in Oakland, New Jersey with one of his stepsons Roger R. who was a computer engineer. He died on August 26, 1981, in Ridgewood, New Jersey of heart failure. He died at the age of ninety-seven.