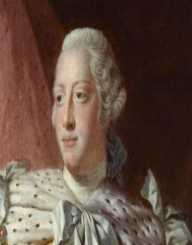 William IV of the United Kingdom was King of Great Britain and Ireland, as well as King of Hanover. He was also known as the Sailor King.

William Henry was born on 21st August 1765, at Buckingham House in London. He was the third prince born to  King George III and Queen Charlotte, with two older brothers Prince George and Frederick. He and his brothers lived in Richmond and at Kew Palace.

The royal tutors privately educated Prince William; he was accompanied by one when he joined the Royal Navy at the age of thirteen.

Prince William was a midshipman in the Royal Navy and was present at the 1780 Battle of Cape St. Vincent. He was treated the same in the Navy and did his share of chores and cooking. Prince William was arrested with his mates in Gibraltar, although he was released after his identity was known. Later, he was in New York during the American War of Independence, and almost got kidnapped.

In 1789, after arguing with his father King George III, he was given the title Duke of Clarence and St. Andrews and Earl of Munster and was given parliamentary grant similar to his older brothers. A year later he retired from the Navy.

Prince William met Irish actress Dorothea Bland in 1791, and they lived together. Dorothy gave him five sons and five daughters, and they were given the surname FitzClarence. The pair split in 1811, although Dorothy was given funds to raise the children alone, with the condition that she would not return to the stage. Prince William married Princess Adelaide of Saxe-Coburg and Meiningen, in a bid to have a successor in the royal family.

The parliament offered Prince William an incentive for agreeing to marry and have a legitimate heir. Princess Adelaide was twenty- five when she married fifty- year- old Prince William in 1818. The pair had two princesses: Princess Charlotte and Princess Elizabeth, but neither survived to adulthood.

In 1827, Prince William became heir presumptive on the death of his older brother, Prince Frederick the Duke of York. Prince William was appointed into the office of Lord High Admiral, but he had conflicts in office and was asked to resign a year later. He then spent the remaining time in the House of Lords, supporting the Catholic Emancipation Bill.

Upon the death of King George IV in 1830, Prince William was King of United Kingdom of Great Britain and Ireland and King of Hanover. He granted his eldest son Earl of Munster, although his sons often importuned for greater opportunities. He was coronation on 8 September 1831; the ceremony was simple to save on cost.

At the death of King George IV, fresh elections were conducted in 1830, and the new Prime Minister was Whig Party’s, Charles Grey. Lord Grey had wanted to reform the electoral system to make it fairer, but the First Reform Bill was rejected in 1831 by House of Commons. Lord Grey’s ministry urged the new King to dissolve Parliament, but he hesitated. Irritated by the Opposition’s move to an Address, the King went in person to the House of Lords, where debate on the Address was ongoing. His arrival mid-debate ended the scene and forced new elections for the House of Commons. Although the bill was passed in the House of Commons, the House of Lords still opposed to it.

King William eventually agreed to create new Whig peers to pass the bill in 1832. By then the Lords backed down, and the bill was passed. After the Reform Crisis, King William enacted the Poor Law, and the Factory Act of 1833 to prevent child labor, Despite supporting slavery earlier on, it was nearly abolished during his reign with the Slavery Abolition Act in 1833. While he never visited Hanover as its king, he had signed a new constitution in 1833, giving power to the middle class and expanded the role of parliament of Hanover. King Prince William was represented by his younger brother Prince Adolphus, Duke of Cambridge. After his death, new King Ernest Augustus revoked the constitution.

King William IV died on 20th of June 20, 1837. He waited just long enough for his niece, Princess Victoria to reach mature age before passing away in Windsor Castle, Berkshire. He was buried on July 8, 1837, at St. George's Chapel, Windsor.

As the Hanover crown cannot be given to a female, Ernest, the Duke of Cumberland became the King Ernest Augustus. Of Hanover. Prince William was the eighth child of King George III and was the second to last King of Hanover