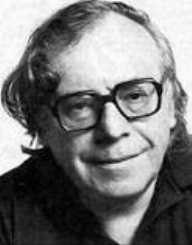 Satirical English playwright and screenwriter Peter Barnes was born on January 10, 1931, in Bow, the East End of London, United Kingdom. He was the eldest amongst the two children of his working-class parents', the youngest being his sister. His family later moved to the seaside resort of Clacton-on-Sea, Essex on the East Coast.

His parents operated an amusement arcade on the pier there. They later took possession of two cafes there. He grew up there among the tourists, the revelers of various hues and colors. Some among them were artists who would draw discerning pictures on the wet sands of the beach with a pointed stick.

During the period of World War II, Peter Barnes shifted to the county of Gloucestershire. He came back to Clacton after normalcy was restored after the war. Upon completion of his formal education at Stroud Grammar School in Gloucestershire, he joined the Royal Air Force to complete his compulsory one-year military service. He then began working as a civil servant for the Greater London Council. While working there, he continued his education by attending a night school in London.

He also worked as a freelance film critic during the period. The boredom he experienced while working, led him to take a correspondence course in Theology. He became a regular visitor to the British Museum reading room and almost turned it to his study center and office.

While Peter Barnes was still visiting the British Museum reading room regularly, he began his journey as a film critic, story editor, and screenwriter. In the year 1954, he worked as a film critic for Films and Filming. He followed the job with a stint as a story editor for Warwick Films in the next year. Between 1958 and 1967, he worked as a freelance screenwriter for many films including the likes of ‘The Professional’ (1960), ‘Ring of Spies’ (1964), ‘Violent Moment’ (1958), and ‘Offbeat’ (1961).

In 1960, he authored his first play; ‘The Man with a Feather in his Hat,’ which was aired on television in the same year. He made his debut as a playwright in 1963 when his first stage play 'The Time of the Barracudas' was displayed in San Francisco and Los Angeles. After a hiatus of around two years, he again came to limelight in 1965 with his one-act play ‘Sclerosis.’ The play was shown at the Edinburgh Festival and the Aldwych Theatre, London, shortly afterward.

Peter Barnes is best-known for his sardonic baroque comedy ‘The Ruling Class’ (1968). Stuart Burge presented the play at the Nottingham Playhouse. Both critics and the general audience applauded the play. The anti-naturalistic style of the play made quite an uproar in the higher echelons of the contemporary society. Barnes mocked the upper-class people of the British community with a mixture of understated extravagant wit and sarcastic fierceness through the satirical play. Harold Hobson, a prominent critic of his time, hailed the play as one of the best first plays of its generation.

Upon an unbeaten run of the play in the West End for a consecutive three months period after its initial presentation at Nottingham Playhouse, Peter Barnes adapted the story for making a film of the same name. The film was released in 1972 starring Peter O'Toole as the 14th Earl of Gurney. He earned an Academy Award nomination for his vintage performance in portraying the insane character of the Earl in the film. The Ruling Class brought Barnes in the reckoning of international prominence.

The unorthodox, highly imaginative, and at times, underappreciated, Peter Barnes continued his tirade against the prevailing norms of the society and churned out some more unconventional plays and films during his career. His 1969 play 'Leonardo's Last Supper' conveyed a bleak reality of the low-income family hired for the great artist’s burial, who killed him after his resurrection for some little burial money.

In 1985, Peter Barnes came up with another outstanding drama named 'Red Noses.' He won the Laurence Olivier Award for Best Play for Red Noses. According to the opinion of his critics, it is his best play ever. As a screenwriter, he wrote one of his most famous screenplays for the film ‘Enchanted April’ (1992). He received an Oscar Award nomination for it in the category of Best Adapted Screenplay. He authored many other scripts for theatre, film, and television during his illustrious career and earned accolades as well.

Peter Barnes married Charlotte Beck in 1961. She was then working as a secretary in the British Film Society. They remained together until the death of Charlotte in 1994. Barnes married Christine Horn as his second wife in 1995. He became a father at the age of 69 when Christine gave birth to their first child, daughter Leela in the year 2000. Two years later, Barnes became the proud father of a triplet. He died on July 1, 2004, in London. He was 73 at the time of his death.