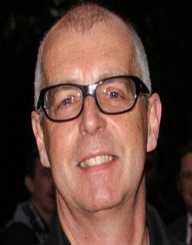 Neil Francis Tennant is an English musician, songwriter, and music journalist. Born on July 10, 1954, he co-founded the synth-pop duo, Pet Shop Boys, with his friend Chris Lowe in 1981. He served as the leads vocalist and keyboardist of the group. The group has sold over 50 million records worldwide. As a journalist, he worked for Smash Hits, becoming an assistant editor in the mid-1980. In 1994, Tenant revealed his sexuality as gay during an interview with Attitude magazine.

Neil Francis Tennant was born on July 10, 1954, in North Shields as the second child of Sheila M. (Watson) and William W. Tennant. His father was a sales representative. His siblings are an older sister, Susan, and younger brothers Simon and Philip. Shortly after his birth, the family relocated to Greenfield Road, Brunton Park.

Neil Tennant received early education from the all-boys Catholic school, St Cuthbert’s Grammar School, in Newcastle upon Tyne. His days in the school characterised with strictness became the motivation behind his songs ‘It’s a Sin’ and ‘This Must Be The Place I Waited Years to Leave.’ Tennant played the guitar and cello during his school days.

Attracted to music, he joined the folk music group “Dust” at age 16. The group released the popular song "Can You Hear the Dawn Break?". Tennant also took part in acting by joining the youth theatre group at the People’s Theatre in Newcastle upon Tyne. He continued his education at the North London Polytechnic (now London Metropolitan University) graduating with a degree in history in 1975.

After graduating from the university, Neil Tennant joined Marvel UK, as the London editor. During his two years with the company, his task was among other things to anglicise the dialogue of Marvel’s catalogue to suit British readers. In 1977, he joined the Macdonald Educational Publishing as an editor of The Dairy Book of Home Management and illustrated books on cookery.

Tennant’s next job was with ITV Books as an editor of the TV tie-in books. In 1982, Smash Hits hired him as the news editor of the British teen pop magazine. He rose to become the Assistant Editor a year later. During this period, he edited The Smash Hits Yearbooks 1982, 1983, and 1984 editions. All this while Tennant had been writing songs and enjoyed playing the guitar.

Neil Tennant and Chris Lowe first met at an electronic shop in Kings Road Chelsea in 1981. Sharing the same interest in music, the two began working together writing songs. They initially performed as West End before becoming, Pet Shop Boys. Through his interview of the band The Police, Tennant met producer Bobby Orlando, who after some conversation agreed to record some tracks of Pet Shop Boys.

True to his words Orlando produced several tracks for the group including "West End Girls," "It's A Sin," "Two Divided By Zero," "Opportunities (Let's Make Lots of Money"), and," "Pet Shop Boys," among others. Pet Shop Boys have sold over 50 million records worldwide, resulting in Guinness Books of Records listing them as the most successful duo in UK music history. They won the Outstanding Contribution to Music award at the 2009 Brit Awards.

Neil Tennant has worked with many other artists on solo projects. He worked with Electronics as a backing vocalist on their debut single Getting Away With It, 1989 and as lead vocals on the single Disappointed in 1992. He has also worked with artists like Neil Hannon, The Killers, and Chrissie Hynde.

Neil Tennant is an open gay coming out on his sexuality in 1994, during an interview with Attitude magazine. He is a patron of the Elton John AIDS Foundation.