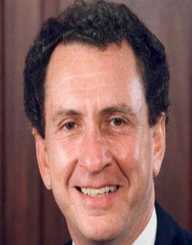 Arlen Specter was an American lawyer, politician and longest serving Senator for the US state of Pennsylvania.

Arlen Specter was born in Kansas on February 12, 1930. He was the lastborn child in the family of Harry and Lillie Specter. He grew up in Russell, Kansas. The son of Jewish immigrants from the former Soviet Union, Specter studied in local schools. He graduated from the University of Pennsylvania in 1951 with a degree in International Relations.

He joined the US military in 1951. Specter served for three years until 1953. He was discharged after the Korean War with the rank of Second Lieutenant the US Air Force. He enrolled at Yale University and graduated in 1956.

After his graduation, Arlen Specter started a legal firm with his partner Marvin Katz in Philadelphia. In 1959 he became the Philadelphia assistant district attorney. He got into the limelight after his appointment to the Warren Commission which investigated the death of US President John Kennedy. Specter served in the commission as the assistant counsel from 1963 to 1964.

Arlen Specter tried running for national elective office twice losing both times. In 1976 he ran for the Senate in Pennsylvania. He lost in the party primaries. He went for the gubernatorial elections in 1978 and lost. After the loss, he went back to his legal trade, practicing in New Jersey.

In 1979, the Senatorial seat became vacant after the retirement of the incumbent. He ran and won in the ensuing 1980 elections. He was sworn in office in January 1981. He served in the Senate as a Republican until 2011. In 1995 he ran for the Republican US Presidential primaries. Specter later pulled out of the race and endorsed Bob Dole. Dole finally lost to Democrat Bill Clinton.

He proved to be a liberal in Senate. Specter defied party voting on divisive issues. He endorsed the Civil Rights Act on the floor in 1991. He called for strict gun control laws, yet supported the death penalty. During the Clinton impeachment hearings, Specter differed with most of his Republican colleagues. He claimed the accused president did not have a fair process. In 2005 he voted for the controversial Patriot Act. He questioned the legality of the Guantanamo policies despite his party support for it.

In an unprecedented move, Arlen Specter switched camp to support President Obama’s agenda in 2009. In the fall of 2009, he announced his decamping to the Democratic Party. He had lost the support of his the Republicans for supporting Obama. He defended his reelection on a Democratic ticket but lost in the party primaries to Joe Sestak.

He retired from active politics and became a Law professor at the Philadelphia University. He majored his work on the correlation of the Congress and the US judiciary.

On June 14, 1953, Arlen Specter married his wife, Joan Levy. The couple remained together until his death. He fathered two children with Joan. He was a practicing Jew despite his divergent views on some issues like abortion, lesbianism, and the death penalty.

He authored several books and wrote numerous manuscripts and journals. Some of the books include Passion for Truth: From Finding JFK’s Single Bullet. He relived the hearings during the investigative sittings after the death of President John Kennedy. He also published Impeaching Bill Clinton, and the 2008 publication Never Give In: Battling Cancer in the Senate. In this autobiography, he belabored his public service and the fight with cancer.

In 2011 he gave his journals to the Philadelphia University. He intended to start a center for studying public policy both domestically and internationally.

On October 14, 2012, Arlen Specter died of cancer in Philadelphia. He had succumbed to a long fight against lymphoma cancer.

Arlen Specter was both a traitor and a hero to many. He became a traitor to many for switching political camps twice in his career. He became a symbol of principles for standing against his party operatives on divisive issues.

In addition to that, he was the longest-serving politician as the Pennsylvania Senator in Congress. Either way, he was a daring politician who walked the talk.