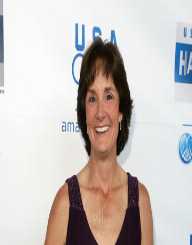 She was a pupil at Jefferson Middle School and Centennial High School. When training in Milwaukee, she enrolled at Parkland College but did not graduate.

Bonnie Blair won a position on the speed skating Olympic Team when she was 15 years old, and she relocated to Milwaukee to train with the national speed skating team. In 1984 she made her international debut at the World Sprinting Championships and the same year participated in the Olympic Games. She did win short and long track events in 1884, 1985 and 1986. Then in 1986, she was the short-track world champion.

Bonnie Blair was a torchbearer at the 2002 Utah Olympics held in Salt Lake City (2002). She was also on the board of US Speedskating (2002). She is on various boards and works as a professional motivational speaker.

She married David Cruikshank in 1990, and the couple has two children.