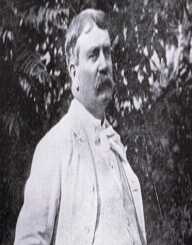 One of the most important architects of the 19th century, Daniel Burnham planned and designed many famous buildings in America. His major contributions include the White Columbian Exposition, the Flatiron Building in New York, the Union Station in Washington D.C and many skyscrapers in the cities of Chicago, Manila and Washington D.C.

Daniel Burnham was born on September 4, 1846. Soon after his birth, the family moved from Henderson, NY to Chicago, Illinois where he did his schooling. Daniel Burnham could not clear the admission tests for Harvard or Yale and tried an unsuccessful attempt at politics. Drawing came naturally to him, and it was in the field of architecture that he finally found the success the world knows him for.

William Lebaron Jenney, Father of the American Skyscraper, took him as an apprentice early on in his career.

Daniel Burnham started his career as a draftsman working under William L. Jenney. Soon he met his future business partner John Root, whose practical knowledge complimented Burnham’s visionary approach well. Together they build the Masonic Temple Building, which was considered the tallest building of its time. After Root’s death, Burnham served as the Director of Works, for the World Columbian Exposition, also, nicknamed the White City. It was the most important and famous work of his lifetime, complete with boulevards, gardens, classical buildings and landscapes.

Burnham’s contributions to planning and urban development ranged over many cities. For New York, he built the triangular Flatiron building. He also developed the plan for the Union Station, Washington D.C. His plans for the development of San Francisco and Manila did not materialize. However, he extensively contributed to the development of Chicago. The plan focused on creating a beautiful city with lakes, gardens and a river, with every resident within walking distance of a park. By the time he died, his company had become the most significant architecture firm in the world.

While the world praised Burnham’s architectural designs, rivals such as Louis Sullivan called his work as looking into the past rather than the future.This opinion, however, was not shared by many.

Daniel Burnham was awarded two honorary degrees – one each from Harvard and Yale. Several parks in the US, particularly in Chicago, are named after Daniel Burnham to honor his legacy.,

Daniel Burnham died in 1912 in Heidelberg, Germany. He was 65 years of age, and at that time, his company D.H Burnham & Co. was the largest architectural firm in the world. Daniel Burnham was buried in Graceland Cemetery, Chicago.

After his death, his sons renamed the company Burnham Brothers and followed in his footsteps.

Daniel Burnham married Margaret Sherman in 1876 at the age of 30. She was from a wealthy family, and the couple had five children – three sons and two daughters.

Two of his sons, Hubert and Daniel Jr., became architects and carried on his legacy after his death.