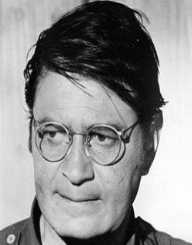 Larry Storch was born on January 8th, in 1923. He is famous for being an American comedian and an actor. He earned high acclaim after featuring as Mr. Whoopee on the show called Tennessee Tuxedo and His Tales.

Lawrence Samuel Storch alias Larry Storch was born on January 8th, in 1923. His place of birth was in New York City. His mother, Sally Storch worked as a telephone operator whereas his father, Alfred Storch was a realtor.

Larry Storch enrolled with DeWitt Clinton High School. He studied with Don Adams, a renowned American actor. The two would later become close friends. Following the harsh economic times that occurred as a result of the Great Depression, Storch did not complete his high school education. However, he chose to find work as a stand-up comedian earning $12 weekly.

Initially, Larry Storch kicked off his career as a stand-up comedian. Due to his comedic skills, this helped him earn himself many guest appearances in shows such as Get Smart, Columbo, Sergent Bilko, The Flying Nun, That Girl, and The Doris Day Show among others.

Storch garnered high acclaim after featuring in the comedy show called F-Troop. This starred in the show from 1965 to 1967. He acted alongside the likes of Melody Patterson, Ken Berry, and Forrest Tucker.

Similarly, in 1975, he featured in yet another popular show called The Ghost Busters. This was a children’s show that was aired on Saturday morning.

During Larry Storch's acting career, he made numerous appearances in shows such as Hollywood Squares, The Hollywood Palace, Sonny and Cher, The Steve Allen Show and The Tonight Show with Jonny Carson.

Aside from appearing on a number of TV shows, Storch also made appearances in different films including 40 Pounds of Trouble, Wild and Wonderful, The Great Race, Sex and the Single Girl, The Monitors, Without Warning, That Funny Feeling and several others.

Larry Storch tied the knot with Norma Catherin Greve in 1961. The two lived together until the demise of Greve in 2003. She died at the age of 81. Storch is a father of three children. He also has a younger brother called Jay who was at once a voiceover performer using the stage name Jay Lawrence.