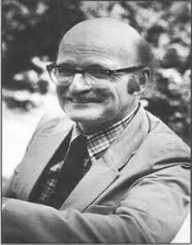 John Barth is a novelist of American origins who is also responsible for many literary works comprising of short stories and essays. His works have been categorized in the genre of metafiction and postmodernism.

John Barth married two women in his life. He first married on January 11, 1950, to Harriet Anne Strickland. Their union brought forth two children; the eldest, Christine Anne was born a year after their marriage followed a year later by a son named John. Their marriage did not last for long and ended with a divorce. He met his second and current wife Shelly Rosenberg while teaching at Pennsylvania State University. The couple then wed and gave Rosenberg gave birth to his son in 1954 named Daniel Stephen.

Born on May 27, 1930, in Cambridge, Maryland as John Simmons Barth Jr., he has a twin sister named Jill and an older brother named Bill. Barth attended Cambridge High School where he contributed to the school’s newspaper and is playing the drums. He graduated in 1947 where he attended Juilliard for a short time and studied Elementary Theory and Advanced Orchestration. He proceeded to enroll at John Hopkins University and received his bachelor’s degree in 1951 and his M.A. the following year in 1952.

With a penchant for the literary, John Barth already started his career as a writer while a student at Hopkins University and contributed to the university’s literary magazine. He also wrote a novel entitled The Shirt of Nessus as his thesis for his MA.

He became a known persona thanks to his work on the novels The Floating Opera which was published in 1956 and The End of the Road which was released two years later in 1958 which catapulted him to mainstream success. The topic of his works dealt on controversial issues such as abortion and suicide wittily. These two novels were classified in the category of realism and followed by the 1960 publication of The Sot-Weed Factor. The Sot-Weed Factor was supposed to be the third installment of his first two novels but became a different genre of its own and was classified as a work of postmodernism.

His writing style can be described as an approach as a rewriting process of the traditional and historical traditions which is a unique aspect of postmodernism.

His most famous work to date is entitled Lost in the Funhouse which was published in 1968 and comprised of a collection of short stories. For his literary work on this piece, he received the US National Book Award in Fiction as well as the 1973 Chimera Award.

Barth as an Educator

Besides writing, John Barth is also an active educator and has taught at a number of universities. He first taught at The Pennsylvania State University for 12 years until 1965. He later relocated to New York where he became a lecturer at The State of University of New York from 1965 until 1973. While working at New York, he was also an occasional professor at Boston University from 1972 to 1973 and even taught in his alma mater, John Hopkins University from 1973 for more than two decades until his retirement in 1995.