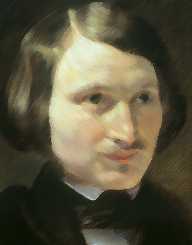 Nikolai Vasilievich Gogol was the most regarded dramatist from the Ukrainian origin. Amongst his varied works, one of the best-known works was for the novel “Dead Souls” released in the year 1842. His writings laid great strain on the natural school of Russian literary realism which was later realized to be revolving around romantic sensibility emphasizing on artistic works. His books were usually inspired by the surroundings like his few early novels showcasing his Ukrainian upbringing, their culture, and folklore.

Nikolai Gogol was born on 31st of March in the year 1809 in the city of Sorochyntsi located in present Ukraine to a descendant from Leonty Kosyarovsky who was an officer of Lubny Regiment in the 1710 and father Vasily Gogol-Yanosky. His father was a descendant of Ukrainian Cossacks and was also an amateur Ukrainian language playwright.

Nikolai had an interest towards writing plays, and from his very childhood, he used to help stage the Ukrainian plays in his uncle’s home theater. Nikolai began writing when he attended the school of higher art in Nezhin from 1820 to 1828. Nikolai had a very reserved nature as he did not have many friends at the time of school who called him by various nicknames. Because of the same very early in his life, he developed boundless ambition marked by some good talent for mimicry which ultimately helped him in narrating his works.

After graduating from school, all that Nikolai Gogol had were glowing ambitious hopes which were full of vagueness hoping for some literary fame for him in the year 1928. Following the same passion, he not only brought a romantic poem with himself but also the same published at his own expense by the name of V. Alov which was ridiculed universally thereby letting him down morally.

Even though he was disheartened, Gogol was continuously in touch with literary aristocracy where he had a story published. Here he was introduced to Pushkin who became one of the most influential persons in his life after that. Following his passion, Gogol again took the risk and brought out his first volume consisting of Ukrainian stories which to his utter surprise was an immediate success in the year 1831. It was followed by another volume in 1832 and by 1835 followed by another 2 volume of stories by the name of Mirgorod and finally followed by two volumes of miscellaneous prose by the name of Arabesques.

His style started to be regarded as a much more sophisticated and unconventional one when compared to other Ukrainian writers. Through these, Nikolai Gogol even grew upon his passion for Ukrainian history thereby trying to get an appointment in the department of history at the Kiev University which became a source of one of his fictional stories by the name of Taras Bulba. During this phase, Gogol also got close to another Ukrainian Mykhaylo Maksymovych who was a historian and naturalist.

From the year 1836 to 1848, it was a great struggle both personally and professionally for Gogol as he was travelling abroad through most of this time and even met various poets admiring their work. During this journey, Gogol developed adoration for Rome thereby studying art and also reading multiple Italian pieces of literature helping him to develop a passion for opera.

Nikolai Gogol met and fell in love with Joseph Vielhorsky in 1838, but this relationship could not last long as she died in 1839 thereby inspiring his one of the best works of the times, i.e., “Nights at the Villa.”

The next shock came after the death of Pushkin which inspired him to one of his best works, i.e., “Death Souls” which was a satirical work. After which he did some other contemporary works as well including the most famous short story by the name of “The Overcoat.”

After his great triumph of the novel Dead Souls, Nikolai Gogol was regarded as one of the most renowned satirists who showed the unseemly sides of Imperial Russia. After returning to Russia, he passed his last year with some old friends. In his last years, he seemed to have intensified his relations with a spiritual elder who seemed to have strengthened the Gogol’s fear of prediction by intentionally insisting upon the sinfulness of all his imaginative works. His work seemed to have taken a negative impact and push him into a state of depression. This depression led him to burn some manuscripts which formed a significant part in the second part of Dead Souls. Soon after that, he took to bed thereby refusing all food and later died in great pain after nine days.