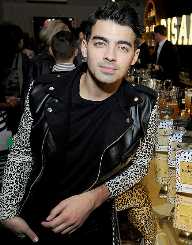 Joseph Adam Jonas is an American actor and singer born on August 15, 1989. He is known as a member of the pop-rock band Jonas Brothers, which consist of his two other brothers. Though their debut album It’s About Time, 2006 failed commercially; they went on to release a second studio album that was successful selling about two million copies in the United States alone. In 2011, Joe Jonas debuted as a solo artist and released the album Fastlife consisting singles like See No More and Just in Love.

In 2015, he formed the band DNCE and had since released the single Cake by the Ocean. Efforts to reunite the Jonas Brothers in 2013 had failed. Jonas and his brothers also ventured into acting, starring in Disney Channel series like Camp Rock: The Final Jam and Jonas Brothers: Living the Dream.

Joe Jonas was born to Denise and Paul Kelvin Jonas on August 15, 1989, in Casa Grande, Arizona. He was the second child of four by his parents. Jonas and his brothers interest in music may have been inspired by their father since he was a musician and songwriter. His father was also a minister at the Assemblies of God church which resulted in Jonas and his other brothers being brought up religiously. Despite his upbringing, Jonas once stated that "I believe in God, and that's a personal relationship that I have, but I'm not religious in any way."

Joseph Adam Jonas and his two brothers Nick and Kelvin made a music debut in 2005 after recording the song, Please Be Mine. The song caught the attention of the President of Columbia Records Steve Greenberg, who saw the prospects of the boys and therefore signed them in 2005. They later arrived at the name Jonas Brothers after the previous suggestion of names like Sons of Jonas. That same year, they had the opportunity to tour with big guys in the music industry like Kelly Clarkson, Jesse McCartney, Jump5, The Click Five and the Backstreet Boys. All this while, they were working on their debut studio album. I the latter part of 2015, Jonas Brothers released the single Mandy.

However, their much-awaited album delayed due to managerial changes and structuring of Sony, the parent company of Columbia. To keep them active, the band was involved in Disney Channel linked soundtracks and rolled on tour with Aly & J. Eventually the band released its debut album It was About Time on August 8, 2006. However, with a declined interest in the band, Columbia records did push the album resulting in the release of 50,000 copies and later a total sale of 67,000 in the US. The Jonas Brothers were dropped from the Columbia label in 2007. The band signed a contract with Hollywood Records to release their second album. Prior to that, they were engaged in several promotional activities, to build on their popularity. On August 7, 2007, the group released their debut self-titled album with Hollywood Records.

Jonas Brothers continued with their electrifying career with the 2008 release of the third studio album A Little Bit Longer. The album sold 525,000 in the first week and made a total sale of over two million in the United States. The album reached platinum status and topped the Billboard 200 chart.

The band later released their fourth albums like Lines, Vines and Trying Time in 2009. In September 2012, Jones Brothers performed in Russia. The group, which has gone on hiatus since 2011, decided to make a comeback in 2013 with the release of their fifth album to be titled V. Nonetheless, the comeback canceled all their comeback activities including their tour, and the band was disbanded in 2013.

The brothers then graduated to the big screen making a film debut in 2008 in the Disney Channel film Camp Rock. Their next film was Jonas Brothers: The 3D Concert Experience released on February 27, 2009. It was a huge success and placed sixth in a highest-grossing concert film. On May 2, 2009, Jonas and his other brothers featured in their second Disney Channel series, JONASwhich at the final season changed to Jonas L.A.Jonas also starred in Camp Rock 2: The Final Jam.

Joe Jonas ventured into asolo career and released his debut duet. This Is Me. The song sold about 900,000 copies in the United States and made it to the top ten of the Billboard Hot 100 chart. In 2011 he released the single See No More from the album Fastlife which was not a commercial success and did bad on the Billboard Hot 100 chart reaching 92. Fastlife was released on October 11, 2011, making an 18,000 copies sale in the first week and made a total sale of 45,000 copies by the end of 2015.

After the disbandment of Jonas Brothers, he worked on some personal projects working with singers like Justine Tranter as well as producers like Malay and Mattman& Robin. That was when he decided to form a new band with Jack Lawless and JinJoo Lee and Cole Whittle former member of the band Semi Precious Weapons. The band was named DNCE and released a debut single Cake by the Ocean in 2015. It was followed by a debut extended play that made it to 72th on the Billboard 200 chart in the U.S.