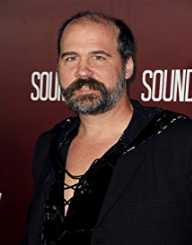 Musician Krist Novoselic who as the bass guitarist with Nirvana was part of the grunge movement was born on the 16 May 1965 in Compton, California into a Croatian family. His parents Krist Sr. and Maria had immigrated to the United States in the early 1960s. Novoselic has two siblings:

A brother Robert was born in 1967 and a sister Diana in 1973. The family relocated to Aberdeen, Washington State in 1979, After the move, Novoselic began experiencing problems at school and in 1980, his parents sent him to Croatia to spend time with his extended family.

Krist Novoselic returned home to his family in Aberdeen in 1981 and found work at a Taco Bell outlet. His parents divorced in 1983.

After leaving high school, Krist Novoselic worked for a paint company and traveled interstate before returning to Aberdeen where he formed a band with Cobain and drummer Aaron Burckhard. Initially playing at small parties and gigs, they called themselves Skid Row.

Later they changed the band’s name to Nirvana. Around this time the drummer was replaced by Chad Channing. Nirvana released Love Buzz, their first single in 1988.

The single came out on the Sub Pop Records label just as the band was beginning to make a name for themselves in Washington State, notably Seattle (1987). In 1990, Nirvana opened for Sonic Youth and shortly afterward Dave Grohl joined them as their drummer.

Nirvana shot to fame with the release of Nevermind (1991) which was released after they signed up with Geffen Records. Their video Smells like Teen Spirit became a massive hit and set the pace for the emerging grunge genre.

The sudden success led to Cobain’s increased cocaine use which led to emotional problems and tension between various band members including Krist Novoselic. In 1994 Nirvana recorded Utero. In April of that year, Cobain committed suicide.

Novoselic kept a low profile after Nirvana disbanded. In 1995 he returned with the band Sweet 75 (1995-2000) which he had formed with Venezuelan singer Yva Las Vegas. He was invited to join the Foo Fighters but declined, instead made some appearances with the group over the years.

Krist Novoselic also played with Eyes Adrift.  During the 2000s, Novoselic played with the group Flipper, a band he had long admired and had previously cited as a Nirvana influence.

He went on tour with Flipper to England and Ireland in 2006, leaving the group in 2009.

As well as a musician and singer, Krist Novoselic is a political activist, qualified pilot, and author.  In 2004, he published Of Grunge and Government.

Eventually, this activism led to the forming of Joint Artists and Musicians Political Action Committee with which Novoselic was heavily involved. After this, he became more politically active, and in January 2008, he was made the chairman of FairVote.

His interests include electoral reform and fairness in democracy.  Although he supported Barack Obama in 2008, he later parted ways with the Democratic Party but remains politically active, having said that his political stance is an anarcho-capitalist as well as a moderate socialist. In later years he has supported presidential candidate Gary Johnson as well as Lawrence Lessig.

Krist Novoselic married his longtime girlfriend, Shelli Dilley in 1989. The couple divorced in 1999, and in  2004, he married Darbury Ayn Stenderu.

Krist Novoselic and Nirvana won a Grammy for Unplugged in New York (1994).