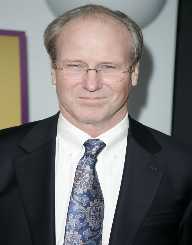 American actor William Hurt was born on the 20 March 1950 in Washington D.C. where his father was a government employee. After his parents divorced, his mother relocated to New York City. Hurt lived with his mother,  spending school holidays with his father who by that time was working in various parts of the world. His mother remarried when he was ten years old.

After graduating from high school, he enrolled at Tuft University where he majored in theology. He spent some time in the UK before returning to New York City and studying drama at the Juilliard School.

As a working actor William Hurt was a member of the Circle Repertory Company in New York City and in 1980, he appeared in his first film role, Altered States. His next film role was in Body Heat alongside Kathleen Turner. The film was a hit and established Hurt’s career.

The recipient of numentseverous nominations, William Hurt won an Oscar for Best Actor for his role in Kiss of the Spider Woman (1985) as well as a BAFTA Award for the same role. He also won the 1989 Golden Horse Award: Best Foreign Actor for The Accidental Tourist (1988)