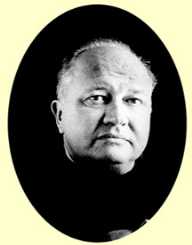 Theodore  Roethke was born 25th May 1908, in Michigan, United States. He was born in a town called Saginaw River. His father and his uncle owned a 25 acre greenhouse, which they ran as a market garden.

Theodore  Roethke spent much of his time in the greenhouse as a boy. When he was 14, his father died, and his uncle committed suicide. The two deaths had a profound effect on Roethke, and would have an influence on his writing in years to come.

Theodore  Roethke studied at the University of Michigan, graduation with both his Bachelor of Arts Degree, and Master’s Degree. He then went to Harvard University and began study under the poet, Robert Hillyer, but left school due to the Great Depression.

He was let go from Lafayette College in 1940, and returned to Michigan State University after this. During his period at Michigan State, Theodore  Roethke developed manic depression. This was when his poetry career took off.

Theodore  Roethke received a Ford Foundation grant in 1952, with the purpose of him expanding his knowledge of philosophy and theology. Over the next year, Roethke spent his time reading works of some of the greats, such as Meister Eckhart, Jacob Boehme, Paul Tillich, and Martin Buber.

In 1955, Theodore  Roethke was awarded a scholarship from the U.S. – Italy Fulbright Commission, which allowed him to spend a year in Italy.

He was also held in high esteem as a poetry teacher. Theodore  Roethke taught for 15 years at the University of Washington. During that time, he had two students win Pulitzer Prizes, and two more who were nominated for the award.

During his years of writing, Roethke won a Pulitzer Prize, and also, a National Book Award.

Theodore  Roethke married Beatrice O’Connell in 1953. She had been one of his former students. Roethke hadn’t told O’Connell about his bouts of depression, but she stayed with him and remained dedicated.

Two of his works, The Far Field, and Dirty Dinky and Other Creatures, were actually published posthumously by O’Connell.

Theodore  Roethke’s main legacy is, of course, his poetry, which is in print for humanity to enjoy for years to come.

The house in Saginaw in which he was born, is being maintained by the Friends of Theodore Roethke Foundation.

He has Theodore  Roethke Auditorium at the University of Washington named in his honor, and there is also an alley between Seventh and Eighth Avenues in Seattle, which has been named Roethke Mews. It adjoins one of the pubs that Roethke used to visit, called, Blue Moon Tavern.