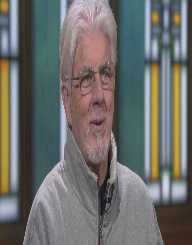 Michael McDonald was born on February 12th, 1952 in St. Louis, Missouri. He is famous for being an American singer, record producer, songwriter and a keyboardist. During the mid-1970s he performed with the Doobie Brothers and Steely Dan. While performing with the Doobie Brothers, he got high acclaim for hit songs such as "Takin' It to the Streets," What a Fool Believes" and several others.

Michael McDonald was born on February 12th, 1952. His family was Irish American Catholics. He later attended McCluer High School where he got his early education. At this time, McDonald had began playing in bands such as the Jerry Jay, Sheratons and Mike and the Majestics. His talent was soon discovered while he was performing with Blue. This prompted McDonald to migrate to Los Angeles where he could fight for his dreams to come into reality.

While in Los Angeles, McDonald was merely a studio musician. This was before meeting with Steely Dan’s group. In 1974, he joined them and took the role of singing leads and at the same time backing their vocals. Two years later, he appeared in the group’s recordings The Royal Scam -1976 and later in Aja -1977. Some of the tracks by the group also depended on his keyboard proficiency.

In 1975, Michael McDonald had began playing with the Doobie Brothers. At first, he was there to act as a temporary replacement for the group’s vocalist named Tom Johnston. His singing and music talent, in general, proved to be a great asset to the group. This left the group with no option but to maintain him as one of their reliable members. Here, he took charge of lead vocals of some of the band’s notable songs such as “Little Darling (I Need You),” "Takin' It to the Streets," "Real Love," "What a Fool Believes" and "Minute by Minute." The former went on to be ranked as the number 1 song in the United States. Additionally, the song also earned McDonald a Grammy award for the song of the year in 1980.

Following the dissolution of the Doobie Brothers band in the early 80s, McDonald decided to go solo in his music career. Soon, his debut solo album named If That's What it Takes -1982 was out. Some of the hit singles that were featured on the album include "I Keep Forgettin’” and "I Gotta Try." While working on making a name for himself, McDonald collaborated with some other musicians. This is what later contributed to his long-running successful career.

In 2000, Michael McDonald worked with Jeff Bridges, an actor and Chris Pelonis to establish a record company called Ramp Records.

On May 21st, 1983, McDonald tied the knot with Amy Holland. The couple has two children in their relationship namely Dylan and Scarlett. It is also rumored that there was a period when McDonald had to fight to recover from alcoholism. This encouraged him to perform for recovery organizations such as Alcoholics Anonymous.