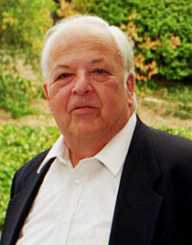 Richard Edward Taylor was born on November 2nd, 1929 in the town of Medicine Hat, Alberta, Canada. He was educated in multiple local schools and as a student was not particularly gifted. Nevertheless, Taylor took a major interest in science and mathematics, and since he had many different teachers, he gained a wide angle of knowledge.
After finishing high school, Taylor went on to study at the University of Alberta. In 1950, he graduated with a Bachelor of Sciences and in 1952, he received his Master of Sciences degree.

After finishing his master’s at the University of Alberta, Richard Edward Taylor got married and then decided to continue his academic studies. He continued his post-graduate studies at the Stanford University, where he began working at the High Energy Physics Laboratory. In 1958, Taylor went to Paris to study at the Ecole NormaleSuperieure, where he stayed for the next three years.

Upon returning to the United States, Taylor finished his doctoral thesis and was awarded a Ph.D. from Stanford University. His thesis was on the production of pion with polarized gamma rays. He then took a post at the Lawrence Berkeley Laboratory in the University of California, where he worked for one year.

In 1962, Richard Edward Taylor left the University of California to work at Stanford University, where the Stanford Linear Accelerator Centre was being developed. During his years in Stanford, Taylor researcher electron scattering and performed many experiments. His work at Stanford set him up as one of the leading scientists in the field. In 1968, he became an assistant professor at SLAC, and after two years, he was promoted to full professorship. At SLAC, together with Jerome Friedman and Henry Kendal, Taylor carried out several experiments, proving that quarks constitute protons and neutrons in an atom. For this achievement, the three scientists won the Nobel Prize in Physics.

In 1973, Taylor took a position at CERN, after being awarded the Guggenheim fellowship. During his time at CERN, the neutral currents were discovered, and he began work on the theoretical basis of parity conservation. Taylor worked a year at CERN and in 1981, he was given a chance to work at the DEutschesElektronen-Synchrotron (DESY) in Hamburg. He spent one academic year at the institution and later went back to SLAC. Upon his return, he became the Associate Director of Research.

Personal life Richard Edward Taylor married Rita Bonneau in 1952, just when he received his master’s degree. The couple had a son together.

Throughout his career, Richard Edward Taylor has received numerous awards and honors. In 1982, he was awarded the Alexander von Humboldt Senior Scientist Award, but in 1989, he won the W.K.H. Panofsky Prize. He was also a Fellow of the Guggenheim Foundation, American Physical Society and American Association for the Advancement of Science. In 1997, he was elected a Fellow of the Royal Society, and he is also a fellow of the Royal Society of Canada. His biggest achievement was the shared win of the Nobel Prize in Physics in 1990. In 2005, Taylor was honored as the Companion of the Order of Canada.