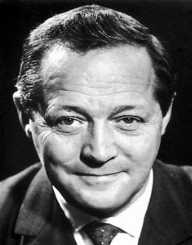 Danish physiologist and biochemist Henrik Dam was born on the 21 February 1895 to Emil Dam and Emilie Peterson. His father was an apothecary and his mother a teacher.

Henrik Dam received a degree in chemistry from the Polytechnic Institute in Copenhagen in 1920 and was subsequently appointed an assistant in chemistry at the School of Agriculture and Veterinary Medicine. In 1923 he was appointed an instructor in biochemistry at the Physiological Laboratory at the University of Copenhagen. Dam moved to Graz in Austria to study microchemistry under F. Pregl in 1925. Then in 1928, he became an Assistant Professor at the Institute of Biochemistry at Copenhagen University. In 1929 he was appointed Associate Professor, a position he held until 1941. Dam submitted his thesis to the University of Copenhagen in 1934 and was awarded a doctorate in biochemistry.

Henrik Dam won a Rockefeller Fellowship to study at Rudolph Schoenheimer’s Laboratory in Freiburg Germany between 1932 and 1933 where his research involved studying the metabolism of sterols. In 1935, he worked with P. Karrer in Zurich, Switzerland.

Dam discovered Vitamin K when he was studying the sterol metabolism of chicks. He researched it further about animals, plants and human medicine. Some of the later research was done with P. Karrer.

Germany invaded Denmark in April 1940, and at the time Henrik Dam was carrying out a lecture tour of North America as part of the American Scandinavian Foundation. He then continued his work at Woods Hole Marine Biological Laboratories in 1941 and afterward at the University of Rochester, New York where he remained during the war years (1942-1945) working as a Senior Research Assistant. During 1945 Dam was at the Rockefeller Institute for Medical Research. He returned home to Denmark in 1946 and continued his research into Vitamin K, Vitamin E, and cholesterol.

From 1956 until 1962 Henrik Dam was the leader of the Biochemical Division of the Danish Fat Research Institute.

Henrik Dam won many honours and awards including becoming an Honorary Fellow of the Royal Society Edinburgh, Joint Honorary President of the International Union of Nutritional Sciences (1954), recipient of the Norman Medal from the German Association for Fat Research (1960) and co-winner of the Nobel Prize in Physiology or Medicine 1943 with Edward A. Doisy. Dam won the Nobel Prize for his discovery of Vitamin K, and Doisy won it for his development of the chemical nature of the vitamin.