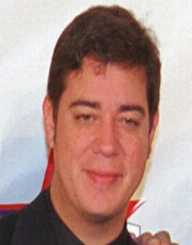 Ray Reyes rose to fame as one of the members of the wildly popular Latino Pop boy band called Menudo. He was known as the chubby one in the group and was evicted and replaced in the group. Back in Menudo, he was famously known as the “chubby one” when news of him being put on a strict diet by the band’s founder was leaked by the media.

He was married twice but both ended in divorce, with two children under his name: a son named Marcos and a daughter named Cecilia.

Born on March 13, 1970, as Ray Reyes Léon in the city of New York, he is of Latin descent and was raised in Levittown, Puerto Rico alongside his brother named Raul Reyes. The siblings' father, Ray Reyes Sr., owned a number of several successful business companies.

He found his break at the age of 13 when he became a part of Menudo, a boy-band of Spanish origins founded by Edgardo Diaz in 1977. Reyes’ brother, Raul also lent his voice for the group aiding the band in a number of record productions, TV commercials, and special recordings. Raul was also a likely candidate to debut under Menudo but he opted to partake as part of Radio Pirata, a Puerto Rican rock band of which he served as its lead singer.

At the time of his entry at Menudo, the band's members kept on rotating and changed line-ups multiple times with Reyes replacing member Xavier Serbia.


Menudo Contributions And Rise To Stardom

Reyes was fortunate enough to join the band at its peak; Menudo's popularity reached out across its native borders as far back as the Philippines, Japan, and Brazil. His first contribution towards the band is during the band’s 1983 release of their album entitled A Todo Rock where he sang in the hits Chicle de Amor, Si Tu No Estas, and Zumbador as the lead vocals of which were commercial successes.

It was followed up a year later in 1984 with three consecutive albums: Maria, which was a whole album in Portuguese, Reaching Out followed soon after which was in English, and finally by Evolución. Evolución was the last album he participated in before he was evicted out of the band.

Following a two-year activity in Menudo, he was forced to leave the band in 1985 due to a growth spurt which not only affected his height but his voice as well. The same way he replaced Xavier Serbia, he was in turn, replaces by Raymond Acevedo.

Still holding on to his passion for singing and performing, he joined Proyecto M in 1988 which was made up with former Menudo members namely Johnny Lozada and Rene Farrait. Proyecto M was warmly received by the public of which the group’s popularity was apparent in Venezuela and Puerto Rico.

In 1997, Reyes thought of a Menudo reunion and spear-headed the event into fruition. He managed to coerced former golden era members Ricky Melendez, Rene Farrait, Miguel Cancel, Charlie Massó, and Johnny Lozada to do it with him. The result was El Reencuentro which was held in Roberto Clemente Coliseum which holds the capacity for 12,000 spectators, located in San Juan. The concert was a huge success that they accomplished 7 shows in 2 weekends and was immediately followed by a worldwide tour.