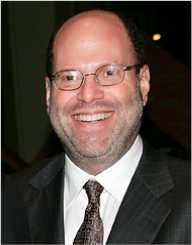 Scott Rudin has been variously described as a ‘jerk,’ ‘the biggest a-hole in Hollywood,’ and there have been unfounded allegations he is a racist. Amid all the insults thrown in his direction, he has remained a movie production tour de force for almost five decades. In that period he has become the only producer to win Tony, Emmy, Grammy, and Oscar awards.

He is also one of just fourteen people overall with that distinction. Behind the tough and sometimes overbearing persona is an incredible dedication to his craft. Scott Rudin’s commitment to showing business is rooted in a passion he nurtured at an early age.

Scott Rudin was born into a Jewish-American household on July 14, 1958. He was raised in The Big Apple in Baldwin, Long Island. He doesn’t say much about his childhood, and it’s not something he recalls with any fondness. But while he was growing up, his father worked as a salesman.

Scott would begin working himself right from his adolescence. The career path he chose as a fifteen-year-old is the same one he has followed all his life. At that age, he had the privilege of working with the iconic theatre producer, Kermit Bloomgarten.

Scott Rudin went on to gather more experience as a teenager. He subsequently worked for Emmanuel Azenberg and Bob Whitehead. His experiences with these gifted men informed his decision to forego a college education.

He chose instead to work as a casting director. His passion for his work led him to expand the scope of his work in show business by opening his own company. It helped that he was already known in Broadway. It does speak volumes, however, that so many overlooked his age to hire his services. Verna: USO Girl for PBS, The Scarlet Letter, and Resurrection, are some of his gigs from back then.

Scott Rudin worked on these shows and a few others until 1980. Then, at age 21, he moved down to Hollywood to embark on a new chapter of his career. His impressive resume meant that he got hired before long. He began working as a producer with Edgar J. Scherick and Associates.

Scott’s most remarkable success with the company was He Makes Me Feel Like Dancin’. The ballet-inspired documentary was recognized as the Best Documentary feature at that year Oscars. On the back of this success, Scott Rudin established his franchise.

Scott Rudin Productions’ very first job was the Gillian Armstrong movie Mrs. Soffel, which it produced the following year. Twentieth Century Fox took notice of his precocious talent and enlisted his services as an executive producer. It was a role in which he excelled to the extent that he became the company’s president of production.

He would serve in that capacity for one year before deciding to refocus on his own business in 1986. The rejuvenated company would partner with Paramount on some movies for the ensuing fifteen years.

Titles he produced in that period include The Addams Family, Pacific Heights, Sister Act, Little Man Tate, Looking for Bobby Fischer, and The Firm. The departure of Sherry Lansing and his former Twentieth Century Fox partner Jonathan Dolgen saw him call time on working with Paramount.

Next, Scott Rudin secured a five-year deal with Disney. Disney gave him the freedom to work on movies with any of their imprints, as he desired. As he lent his production to the Miramax films, The Hours and There Will Be Blood released in 2002 and 2007 respectively. The latter saw Daniel Day-Lewis win an Oscar.

While he was working for Paramount Pictures, Scott Rudin had kept his love for theater and Broadway alive. In 1994 his work on the Musical ‘Passion’ by James Lapine and Stephen Sondheim fetched him the Tony Award. 1995 saw him work alongside Kathleen Turner in Indiscretions and Ralph Fiennes in Hamlet. The following year, he produced yet another Musical: A Funny Thing Happened on the Way to the Forum.

Two years before he left Paramount, he produced many more theatrical shows including Copenhagen, The Ride Down Mt. Morgan, Doubt, The Goat or Who is Sylvia, and The Blue Room.

After leaving the company, his skills were solicited for a reboot of ‘Who’s Afraid of Virginia Woolf?’ Then, six years before its big screen debut, he was a co-producer of the theatrical adaptation of Fences by August Wilson. The play fetched him an additional three Tony Awards – his total is fifteen. Nine of those came from his involvement in 2011’s The Book of Mormon. It was this project that made him a Grammy winner as it took home the Best Musical Album prize.

Scott Rudin is one of only a handful of successful openly gay producers in Hollywood. It is something that he is very proud and outspoken about. His acceptance speech for the Oscar for Best Picture in 2008 is one prominent example.

While expressing his gratitude for the award for the movie No Country for Old Men, he thanked his partner John Barlow for being there for him. The official press transcript purposefully removed his sentiments directed towards his partner.

After much outrage, the transcripts were edited to reflect his remarks in full. He celebrated the Landmark Supreme Court decision legalizing same-sex marriage seven years later.

It is something that makes working for him quite the task although many have been able to look past it. Working with him as an assistant, though, is known to be singularly demanding. Scott Rudin has made the most of his passion and talent for filmmaking as well as a rule-breaking instinct to make himself a superstar producer.