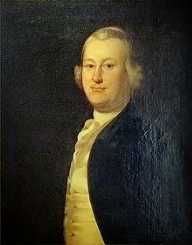 Lawyer James Otis was born in 1702 in Massachusetts Colony in North America.

Otis was a member of the Popular Party and a colonel in the army.

He married Mary Allyne and the couple had three children James Otis Jr., Samuel, and Mercy Otis Warren. His son James Otis Jr. was a political activist and pamphleteer, legislator and lawyer who advocated Patriot views which foreshadowed the American Revolution. Otis Sr. died in 1778 at the age of 75.