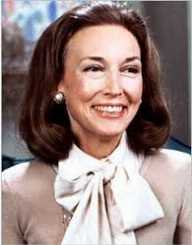 Helen Gurley Brown was born on February 18, 1922. She was an American author and publisher. She was also a businesswoman. For thirty two years she was editor in chief of the ‘Cosmopolitan’ magazine. She died on August 13, 2012, at the age of ninety.

Helen Gurley Brown was born on February 18, 1922, in Arkansas in the United States of America. She was born to Cleo Fred and Ira Marvin Gurley. She was brought up alongside her sister Mary Elaine. In 1932, her father died in an elevator accident. In 1937, her family moved to Los Angeles in California.

She attended John H. Francis Polytechnic High School. Her family later moved to Warm Springs in Georgia after her graduation. She then joined the Texas State College for Women where she only went for one semester.

Helen Gurley Brown later moved to California where she attended Woodbury Business College. In 1941, she graduated from the school. In 1947, her mother and sister moved to Arkansas, but she stayed in Los Angeles. After college, she worked at William Morris Agency and the Music Corporation of America.

She later became a secretary at an advertising agency, Foote, Cone, and Belding.  She was later moved to the copywriting department where she perfected her writing skills. In 1959, she got married to David Brown. Her husband later became a film producer.

In the 1960s, she was vocal on women’s sexual freedom and rights. Her work led to the popularly known sexual revolution. In 1997, she was replaced by Bonnie Fuller as editor in chief of the ‘Cosmopolitan.’ She, however, stayed on at Hearst publishing. She continued as the international editor for all the fifty nine International editions of ‘Cosmo’ until her demise in 2012.

Some of the books that she wrote include ‘Outrageous Opinions of Helen Gurley Brown,’ ‘Helen Gurley Brown’s Single Girl’s Cookbook,’ ‘Having It All’ and ‘The Late Show: A Semi Wild but Practical Guide for Women Over 50’ among others.

In 1985, Helen Gurley Brown was awarded the Matrix Award by the New York Women in Communications. Ten years later, she received the Henry Johnson Fisher Award from the Magazine Publishers of America. In 1996, she was awarded the American Society of Magazine Editors’ Hall of Fame Award. In 2013, she posthumously received the Woman of Achievement Award from the Women’s Project Theatre.

In 1959, Helen Gurley Brown got married to David Brown. In 2010, her husband died at the age of ninety three. She passed away at the age of ninety at the McKeen Pavilion at New York Presbyterian Hospital. Before her death, she established the Brown Institute for Media Innovation.