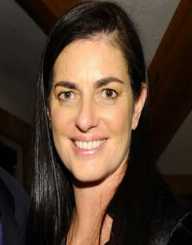 Mary Kennedy was the wife of Robert F. Kennedy Jr. Her tumultuous marriage and subsequent death rekindled the hypothesis of the Kennedy family curse.

Mary Richardson Kennedy was born in 1959 to the Richardson family. Her father was a college lecturer. Mary was from an Irish American family who had a long Irish Catholic heritage. Unlike the famous Kennedys, the Richardsons did not have a rich financial legacy. Mary was brought up in New Jersey. She went to Putney, one of America’s prestigious schools.

She was an intelligent student in academics. After her secondary education in Putney, she enrolled for her first degree at Brown University. Mary studied and graduated with a degree in Architecture. In school, she met Kerry Kennedy. Kerry was the daughter of former US Attorney General Robert Kennedy. Her friendship grew and Mary was regularly invited to the Kennedy family events. Mary admired the fast-paced life of the Kennedy family. She was a carefree intelligent woman. She spent time between classwork and parties. In and out of school, Kerry and Mary were inseparable confidants.

After her graduation, Mary worked with an architectural firm, Parish-Hadley. One of her famous projects was the renovation of Al Gore’s official residence in Washington. Al Gore was the US Vice President under Bill Clinton.

Since her childhood, Mary was a chip off the block. Unlike most of her siblings, she was living in the fast lane. Her activities were hyper-interactive. She was sensitive to every detail in her surroundings. Her emotional behavior intimidated many friends. She moved from joy to fits of rage in a second. The only person who understood her or seemed to was Kerry. Mary was even chosen as the maid of honor at Kerry’s wedding.

In April 1994, Mary got married to Robert Kennedy Jr. in New York. Like all the previous events involving the Kennedy family, the wedding was well attended by the media. Mary joined her husband in the ecological campaign to clean up America’s polluted environment. The couple got four children together.

By the time she got married, Mary was on a recovery program to help her overcome her mental instability. The extramarital affairs of her husband made her recovery harder. Most of the times she slipped back to her emotional rages on anything she came across. Her illness alienated her from her husband. Robert had children from his former marriage. Mary mistreated the children often as they came visiting three weekends in a month.

Her mental situation prompted her husband to file for a divorce. In May 2010, she learned of the divorce proceedings. Mary threatened to kill herself. Robert scaled down on the divorce and stayed with her. As time went by, she turned physically violent. The violent episodes culminated to a divorce proceeding. Robert was granted custody of the children. Her mental instability worsened after the divorce.

She engaged herself with heavy liquor drinking and drunken driving. She stopped going for her psychological therapy.

In early 2012, she resumed her suicidal threats. She scanned the internet for suicidal tips. Her doctors tried to help her get back to therapy, without much success. On May 15 201, she went missing for a while. Her housekeeper thought it was her normal outing for a drinking spree. When she did not return, she called to inform Robert. The search from family and friends yielded nothing. The following day, Robert went to her home in Bedford. After searching for a while, they found her in the backyard barn. Her lifeless body was hanging from a noose around her neck.

The news of her demise shocked both the Kennedy and Richardson families. A court battle for burial rite commenced. Mary’s brothers went to court to have rites to bury her in their own land. On the other side, Robert and two of his children with Mary wanted to bury her in their private cemetery. The Kennedys won the case.

The funeral service and subsequent burial were attended by few people from the Richardson family. They accused Robert of pushing their sister to her death. The official death report indicated suicide as the cause of death.

Death is a normal occurrence in society. But to the Kennedy clan, it is it different. The history of unnatural deaths in the clan has prompted the narrative that presumes a curse. From President J. F. Kennedy to Mary Kennedy, all of the deaths have been through accidents or assassinations. Only Senator Edward Kennedy died of natural causes.