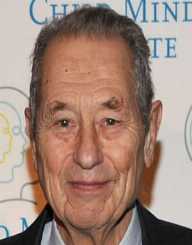 Jerome Kagan was born in 1929, to Joseph and Myrtle Kagan. He was born in Newark, New Jersey, in the United States.

After Kagan graduated with his Ph.D., Ohio State University offered him his first position. He joined the faculty soon after.

In 1955, the U.S. Army recruited Kagan. He became part of their research team during the Korean War. When he finished with the Army research, Fels Research Institute invited Kagan to lead a project, and he accepted. The National Institute of Health funded the study.

Harvard University then asked Kagan to help with creating a new program on Human Development, which Kagan accepted.

Kagan stayed at Harvard until he retired. He became a professor in 1972.

Kagan did extensive research when he was at Fels. He studied the personality traits of infants, right through to adulthood. Kagan tried to find if there were any similarities between early experiences and future personalities.

In 1962, he published a book on his findings, called, Birth to Maturity.

Over the years, Kagan's research included emotions and temperament, specifically in young children.