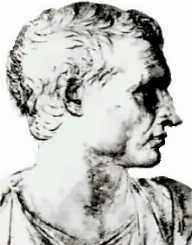 Virgil was an ancient Roman poet. He is best known for the epic poem, The Aeneid.

Scholars disagree with the ancient biographies on the early life of Virgil. He was born as Publius Vergilius Maro near the Roman colony of Mantua in Northern Italy on October 17 70 B.C. There is a dispute over whether he was born into an upper-class equestrian family or a lower class of Romans. Scholars support the former view, while his ancient biographers state that the latter is true.

It is believed Virgil studied in the cities of Northern Italy as well as Rome and Naples. He studied both rhetoric and law before turning to poetry. He began his education at the age of five. When he left Northern Italy for Rome, he focussed his studies on philosophy. He only started writing poetry following his move to Naples.

A collection of works attributed to Virgil from this period was put together in, Appendix Vergiliana. However, scholars consider most of the works included to not be of his hand. A narrative poem, The Gnat, is deemed to be the earliest confirmed known work of Virgil.

Virgil’s first significant work was The Eclogues, a series of poems on rustic farmers set against the backdrop of the civil wars tearing the Roman Republic apart at the time. The collection was around 38 B.C. The Eclogues are the first example of an existing collection written in Latin by the same poet who also uses the same meter. It is speculated that Virgil was motivated by the loss of his families land to veterans of the civil wars to write his works.

The pastoral utopia or Arcadia, which became a staple of Western literature, is said to have been invented by Virgil in The Eclogues. Virgil’s next work, The Georgics, was completed under the patronage of one of Octavian Caesar’s most trusted advisors, Gaius Maecenas. The book dealt with country life and farming.

Virgil’s best-known work was The Aeneid. The epic poem deals with the ancient hero, Aeneas, fleeing a burning Troy and settling in Italy were his descendants founded the city of Rome. It was written after Octavian Caesar had made himself Emperor of Rome and as such is seen as sycophantic to the new uncontested master of Rome. Octavian claimed to be descended from Aeneas through the Juli family.

Many see The Aeneid as propaganda that seeks to legitimise Octavian’s rule. The Aeneid is a retelling of the already popular myth about the founding of Rome. Virgil draws on the style of the epic poems of Homer, such as The Iliad and Oddysey. The poem is considered the national epic of ancient Rome.

Virgil never married or had children. He seemed to socialise exclusively in literary circles based on the court of Emperor Augustus. Virgil travelled to Greece to work on editing The Aeneid, and while returning to Italy, he was struck down by a fever. Virgil died on 21 September 19 B.C.