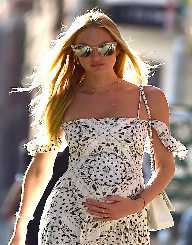 Candice Swanepoel is a South African supermodel. She is only 28 years old and a huge success. She has been modeling since she was 17.

Candice Swanepoel was born on October 20, 1988, to Willem and Eileen Swanepoel. They are a family of Dutch settlers living in Mooi River South Africa in the Kwazula Natal Province. Candice was not the only child. She has a brother named Steven. Because of her Dutch background and living in South Africa, Candice can speak Afrikaans and English. She eventually learned how to speak Portuguese with her boyfriend Hermann Nicoli, a Brazilian Supermodel. She met him in Paris when she was 17, and they have been together ever since.

During her schooling, Candice went to an all-girls boarding school called St Anne’s College. It was when she was 15 that she was visiting a flea market in Durban that a modeling scout named Kevin Ellis discovered her.

In her first year of being discovered, Candice Swanepoel modeled for major designers. She then began booking more modeling contracts all over Europe. She was earning 5000 euros a day by then. After traveling through Europe for two years, she moved to the big apple, New York City. This is where she took her career to new heights. Not long after the move, she got in with Victoria secrets modeling their clothing.

Candice Swanepoel has appeared on the cover of Vogue, Elle, GQ, Harper’s Bazaar, i-D, Lush and Ocean Drive magazines over the years. She has walked the runway for famous designers like Tommy Hilfiger, Dona Karan, Ralph Lauren and many others since she was only 17.

Candice appeared in advertising campaigns for Ralph Lauren, Nike, Victoria Secrets and much more over the years also. She was in a Victoria Secrets campaign since 2007. She became a Victoria Secrets Angel in 2010 and officially opened the first Victoria’s Secret retail store in Canada. She was a featured model in the 2010 swim catalog. She modeled for the Kardashians’ in the same year for their swimwear line.

As mentioned earlier, Candice Swanepoel met Hermann Nicoli in Paris when she was only 17. They had been together ever since. August of 2015 Hermann proposed to her, and they were wed. Then in March of 2016, she was pregnant with their first child who was born on October 5, 2016. The baby was a son that they named Anaca.

Since 2010, Candice Swanepoel has averaged yearly earnings of more than 3 million. In 2015 it was reported that she earned 5 million. And then just last year in 2016 she earned 7 million dollars. Each year it just seems to grow higher. Since 2010 she has been named in the top 10 top-earning models every year. In 2015 and 2016 she was ranked in the 8th spot.

Candice Swanepoel is known for her charitable contribution to mother2mother. It is a charity that is devoted to achieving an HIV-free generation of children and mothers in Africa. She had designed denim for the cause and is very partial to it.

Despite being a supermodel, Candice Swanepoel likes to stay grounded. She usually prefers sitting out on the beach with her sunglasses in the soft sand listening to reggae music. These are her happiest times in life. She is very big into nutrition and exercise. She loves to keep her body fit and in shape. Not only does she like to model for Victoria Secrets clothing but she loves to wear it all the time. It is one of her favorite brands in apparel.