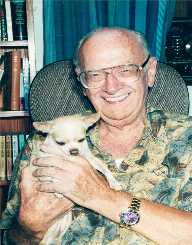 Sir Arthur Charles Clarke was born on 16th, December 1917. He was celebrated for being a science fiction writer and a futurist. Besides this, he also spent some time working as a TV host. Notable novels that he wrote include 2001: A Space Odyssey and Childhood’s End. The former was adapted into a movie with Stanley Kubrick being its director. During his entire writing career, Clarke wrote about 100 books. A good number of science-related books he wrote touched on technological innovations.

Arthur Charles Clarke was born on 16th, December in 1917. His birthplace was in Somerset in England. He was the eldest son in a family of four children. His father was a well-known farmer. Right from a tender age, Clarke developed a strong liking for science subjects and astronomy. When he was young, he used a homemade telescope to view the stars. He also got the opportunity to read sci-fi tales from magazines such as the Astounding Stories.

Tragedy hit the family as his father quickly passed away. This hindered Clarke from pursuing his higher education. After completing his secondary education at the Huish Grammar school, he left his home in 1936. He had the intention of finding work to help his family financially.

Upon his arrival in London, Arthur Charles Clarke went on to work as a government bureaucrat. All this while, he still had his visions in astronomy. Sooner or later, he joined the British Interplanetary Society. Here, he played an essential role in pushing for space travel at a time when it was not considered conceivable. He had also begun writing articles that were published in the British Interplanetary Society’s newsletter.

The beginning of World War II interrupted his career ambitions. Arthur Charles Clarke went on to serve at the Royal Air Force from 1941 to 1946. He worked as the army’s technician who majorly dealt with the early-warning radar that was utilized as a defense mechanism. The war period brought profound experience that would later influence Clarke’s writing career.

Wireless World magazine went on to publish one of his articles titled “Extra-Terrestrial Relays,” in 1945. This work was among the first of his early technological predictions that he would write about. In 1946, “Rescue Party,” a science fiction work was published in the Astounding Science Fiction magazine.

After a few years, Arthur Charles Clarke landed himself a job as an editor with the Science Abstracts in 1949. He also spent some time writing when he was away from work. Nonetheless, he left this work in 1951 to devote his attention to writing.

Earlier on, he had made it to the headlines as a science fiction writer with the release of Against the Fall of Night, a science fiction novella published in 1948. This book brought him high acclaim as it was read all over. Owing to the success of this work, he went on to expand this work and made an official publication of the novel in 1953. Later on, he further developed the book and renamed it to The City and the Stars. He published it in 1956.

The same year, Arthur Charles Clarke published another science fiction book called Childhood's End. This stood as one of his most significant works thereby cementing his place as a renowned science fiction writer. His sixth novel titled A Fall of Moondust was released in 1961.

In 1948, Arthur Charles Clarke had written a short story named "The Sentinel." This work was meant to be used by a BBC competition. Unfortunately, it was later rejected. However, the story formed a background for 2001: A Space Odyssey. This was regarded as one of his most notable works. This work was later adapted into a film titled Space Odyssey.

In 1953, Arthur Charles Clarke tied the nuptial knot with Marilyn Mayfield. This marriage was not successful as they went separate ways after a few months. They officially divorced each other in 1964.