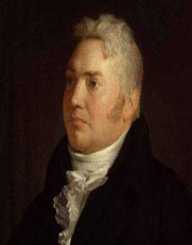 Samuel Taylor Coleridge was an English poet from the Romantic period. His most famous work is “The Rime of the Ancient Mariner.”

Samuel Taylor Coleridge was born on October 21, 1772, in Devonshire, England. His father was a vicar as well as a grammar school master.  Coleridge was the youngest of 14 children and an avid reader early on.

When Samuel Taylor Coleridge was nine years old, he attended Christ's Hospital School in London after his father died. Coleridge started Jesus College at the University of Cambridge in 1791 to follow the wishes of his father to become a clergyman in the Church of England. He dropped out of school.

Samuel Taylor Coleridge was influenced by philosophical discussions with others. He was ready to move to the New World to start a commune in Pennsylvania. When that fell through, he pursued a career in writing.

One of his greatest influences was his friend and fellow poet, William Wordsworth. Coleridge started writing more conversational poems and published his first book of poetry titled Poems on Various Subjects. Wordsworth and Coleridge collaborated on their 1798 volume of poetry titled Lyrical Ballads. It included Coleridge's most famous poem “The Rime of the Ancient Mariner.”

Taylor Coleridge started to travel for lectures, particularly in Germany where he learned the language and worked on translations. His studies of German philosophers such as Immanuel Kant, Jakob Boehme, and G. E. Lessing influenced his writings after 1800. However, by this time Coleridge was dealing with an opium addiction and overall poor health.

His poem, “Kubla Khan, or a vision in a dream” was inspired while under the influence of opium. His book of literary criticism, Biographia Literaria, contains biographical sketches of his life as a literary figure and his opinions.

Despite his ill health, Samuel Taylor Coleridge continued to write and publish his works of poetry, prose, and religious and political theory.  However, he was still struggling financially and had to live off of donations and grants.

Samuel Taylor Coleridge married Sarah Fricker in 1795. The couple had four children. However, Coleridge spent much of his time away from his wife as he was in love with another woman.

Samuel Taylor Coleridge had money troubles throughout his life. His brothers had to pay off his debts he incurred during college. He also had to live off of donations and grants later in his life.