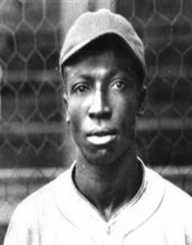 James Thomas Bell best known as Cool Papa Bell was an American centre fielder in the Negro league baseball. Considered as one of the fastest men ever to play baseball, his career in the Negro league spanned from 1922 to 1946. In 1974, he was elected to the Baseball Hall of Fame and was ranked by The Sporting News as the 66th greatest baseball player in 1999.

Cool Papa Bell was born on May 17, 1903, in Starkville, Mississippi to Mary Nicholas and Jonas Bell. He was the fourth of seven children by his parents. Growing up as a hardworking chap, living with his widowed mother, Bell picked up some jobs during his teenage years to assist the family.

Thomas Bell worked at the creamery at what is currently the Mississippi State University and at the agricultural experimental station of the school. Bell moved to live with his older brother in St. Louis when he was 17 years and received high school education during that time.

His passion for baseball, however, was greater than education as he spent most of his time playing the game in his neighbourhood.

The Beginning of Greatness in Baseball

Cool Papa Bell joined the black semipro baseball team, the Compton Hill Cubs as a knuckleball pitcher. He played for the team until its disbandment in 1921.

While playing for the team on Sundays, he also worked with a packing company on weekdays to earn enough money. After the team broke up, he joined another semipro team, the East St Louis Cup in 1922;  he was paid $20 a week.

Playing for semipro teams for some years, Cool Papa Bell went professionally by joining the St. Louis Stars of the Negro National League (NNL) in 1922 as a pitcher. It was during this time that he earned the nickname “Cool” after striking out legendary Oscar Charleston.

His manager later added “Papa” and Bell became known as “Cool Papa”. He started by making occasional appearances in the outfield, but as he improved his game and worked on his defensive skills, he earned more playing time, eventually making a permanent move to the centre field and stopped pitching in 1924. With his high speed, he was able to play shallow in the outfield but was able to catch balls hit behind him.

Thomas Bell helped the St Louis Stars to win leagues titles in 1928, 1930, and 1931. Bell started as a right-handed pitcher and threw with the left but later transformed to a switch hitter and coupled with his speed; he gained more edge on the field of play.

After Stars folded in 1931 and then was disbanded, Cool Papa Bell moved to Detroit Wolves of the East-West League until that league was also dissolved during the Great Depression. During this period he played in the Mexican winter leagues. After the NNL bounced back, he played for the Pittsburgh Crawfords from 1933 to 1937.

When Thomas Bell left Crawfords, he moved to the Dominican Republic where he played for a team formed by then-dictator Rafael Trujillo, who wanted to use baseball to cement his rule.

Leaving the Dominican Republic, Thomas Bell moved to the Mexican League in 1939 to play for a team in Tampico, where his batting average stood at .356 and .354. With his prolific play, he became the first player in the Mexican League to win the Triple Crown with 12 home runs, 79 runs batted in and .437 batting average. He spent two seasons in the league playing his last season in Monterrey.

In 1942, Cool Papa Bell returned to the United States to play for the Chicago American Giants of the Negro American League. After that season, he joined the Homestead Grays of the Negro National League playing with the team until 1946. He helped the team to win the championship in his first two seasons. He completed the league with an average batting of .391

Cool Papa Bell retired from the game to an in an old redbrick apartment in St. Louis Thomas Bell died on March 7, 1991, at the Saint Louis University Hospital after suffering a heart attack.

Thomas Bell was elected to the Baseball Hall of Fame in 1974.