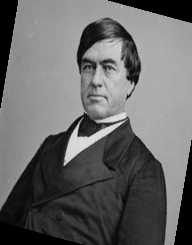 Cassius Marcellus Clay, a key figure in the American abolition movement against slavery, was born to General Green Clay and Sallie Lewis Clay on October 19, 1810, in Madison County, Kentucky, United States of America. Clay grew up in an environment where his father, a rich landlord, owned quite a number of slaves according to the custom prevalent at that time, especially among the Southern American landlords.

His education includes studying at Madison Seminary, St. Joseph’s College, Transylvania University and Yale University. He earned his Law degree from Transylvania University. In 1832, Clay received his graduation from the Yale University. While studying at Yale, Clay got the opportunity to listen to the speech delivered by William Lloyd Garrison, a strong advocate of the abolition of slavery. Though Clay came from a slaveholding Southern American family, Clay felt motivated to become an anti-slavery crusader upon hearing Garrison’s speech. However, contrary to the view of Garrison’s immediate abolition of slavery, Clay was in favor of gradual elimination of the same with the help of legal provisions available in the American Constitution.

In 1835, at the age of 25, Cassius Marcellus Clay was elected to the Kentucky House of Representatives. His strong views about the gradual ending of slavery soon made him unpopular among his voters. Consequently, Clay was ousted from the Kentucky State Legislature in 1836. However, Clay came back strongly and was again elected to the legislature in 1837. Clay served a total of three terms in the Kentucky House of Representatives. Due to his increasingly outspoken activism in favor of the abolition of slavery, Clay earned more enemies than friends. Clay survived an assault on him by Sam Brown, a mercenary hired in a bid to eliminate him. Clay successfully overpowered his attacker undeterred even after being shot in the chest and launched a fierce counterattack over the mercenary.

In 1844, Cassius Marcellus Clay freed all the slaves working with his family establishments. In support of the cause of the anti-slavery movement, Clay began publishing a newspaper called ‘True American’ in 1845. Initially, the newspaper was being published from his native place of Lexington, Kentucky. Most of the local population particularly the landlords became furious over his decision to publish such a newspaper in support of the anti-slavery campaign. Death threats and news of attempts to harm his establishment started pouring in quick succession. In spite of all his efforts to secure his establishment and himself, one day a group of 60 men violently entered the premises of his newspaper breaching all his security apparatus and confiscated his printing equipment. Undaunted and undeterred by all these obstacles, Clay shifted the publication center of his newspaper to Cincinnati, Ohio. However, Clay did not move out of his residence in Kentucky and continued to edit the ‘True American’ from Lexington.

As the Mexican-American War broke out during 1846, Clay served the army in the capacity of a Captain with the 1st Kentucky Cavalry until the conclusion of the war in 1848. Clay was captured by the opposition forces during an encounter in early 1847 and was later released in a prisoner exchange program. Hailed as a war hero by the locals of his native place, he re-entered politics in 1849. His staunch view against the annexation of Texas and augmentation of enslavement into the Southwest again made enough enemies willing to harm him.  Clay was again attacked, this time by six Turner brothers while making a speech in 1949. After being beaten and stabbed in the ensuing fight, Clay emerged victorious with some heroics which saw him kill one of the Turner brothers, Cyrus Turner and overpowering the rest.

In 1853, Berea College, first such college in the South without any racial and gender discrimination, was established by abolitionist William Fee after Clay donated the required finance and his own 10 acres of land to the former to set up the college. A co-founder of the Republican Party, Clay supported the candidature of Abraham Lincoln in the Presidential Election of 1860. Clay made himself a Vice-Presidential candidate at the 1860 Republican Convention. His candidature was defeated by the nomination of Hannibal Hamlin.

In 1861, Clay was appointed the ambassador to Russia by his friend President Abraham Lincoln. His departure to Russia was delayed by the American Civil War that broke out in 1861. At that time, no Federal troops were available to protect Washington and the White House from a probable attack of the enemy troops. Clay formed a troop of 300 volunteers to safeguard the White House and the US Naval Yard from any aggression of the opposition forces. Clay eventually proceeded to St. Petersburg, Russia for his due political assignment along with his family after the arrival of the Federal troops.

The proclamation abolishing slavery in America was issued by President Abraham Lincoln in late 1862 after Cassius Marcellus Clay’s persistent effort to this effect including his refusal to accept a commission as a major general in the U.S. Army. The proclamation took effect from January 1863. In March 1863, Clay returned to Russia as the US ambassador after resigning his commission and served his position until 1869. His negotiation skills were instrumental in the purchase of Alaska in 1867 by the United States from Russia.

Cassius Marcellus Clay married Mary Jane Warfield in 1833. They have seven children together. After remaining unseparated for 45 years, Clay divorced Warfield in 1878. Shortly afterward, Clay married a 15-year-old teenager named Dora Richardson. The marriage ended in divorce within a year. On July 22, 1903, Clay breathed his last at the ripe old age of 92. His residence in Kentucky is called the ‘White Hall’ and is presently being maintained as White Hall State Historic Shrine by the Commonwealth of Kentucky.