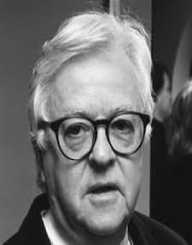 Geoffrey Beene was one of the most recognized designers in New York. He was famous for his artistic and technical skills. Beene came up with simple, comfortable and classy women's wear.

Geoffrey Beene was born Samuel Albert Bozeman Jr. on 30th August 1927 in Haynesville, Louisiana. Being born into a family of doctors, Beene was expected to follow the same path. His dreams were, however, on a different profession.

Geoffrey Beene enrolled at Tulane University in New Orleans to study medicine in 1943.  After three years of study, he dropped out to take on his dream of fashion design.

He later moved to Los Angeles to pursue fashion and design at the University of Southern California. During his time in the university, he worked in the display department of the I. Margin retail store.

In late 1946, he returned to New York with the intention of joining Traphagen School of Fashion to sharpen his fashion and design skills.

Geoffrey Beene's return to New York in 1949 saw him become an assistant Designer at the Seventh Avenue house of Harmony. After working for nine years, he left Harmony in 1958 to work with Teal Traina.

In in 1963, he founded Eponymous Design House which was later named Geoffrey Beene Inc. in New York. He intended to use cheaper fabrics such as sweatshirts and denim fabric for evening wears.

In 1971, he sought his culture in coming up with The Beene Bag line of Women's Wear that was used in his culture. His fame in fashion design led to Beene being appointed to represent America in a fashion design show held in Milan, Italy.

Geoffrey Beene opened his fashion design store in New York, Fifth Avenue in 1989.during his long career he is remembered to have mentored several fashion designers including Alber Elbaz, Doo Ri Chung, and Kay Unger.

Geoffrey Beene dedicated all the net profits of his products to various causes such as cancer fight, give scholarships to vulnerable children and fight domestic violence. With a goal of helping students with fashion design ambition, he collaborated with FSF YMA Fashion Scholarship Fund to help them further their dreams.

At the age of 77, Geoffrey Beene was diagnosed with cancer that later caused pneumonia. He was pronounced dead on 28th September 2004.

Geoffrey Beene took home the FIFI Award in 1976, and in the same year, he became the first American designer to display his collection in Milan, Italy. His work in Milan won him his eighth Coty Award in 1982.