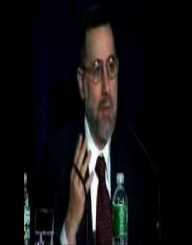 Joseph Soloveitchik was a leader of modern Orthodox Judaism in America during the 20th century. He was born into a rabbinical family in Pruzhany, Belarus in 1903. His paternal grandfather was Rabbi Haim Soloveitchik who advocated the Brisker method of Talmud study. His mother’s Rebbetzin Pesia was a first cousin of Rabbi Moshe Feinstein, acknowledged as one of the highest halakhic authorities of his time.

His rabbi father instructed Soloveitchik in Talmudic studies. He also received a secular education and was awarded a doctorate from the University of Berlin in 1913.

In 1932 Soloveitchik immigrated to America and took up the position of Chief Rabbi of the Boston Orthodox community. During his time there he set up the Maimonides School which was one of the first school in New England at which girls could study Talmud.

In 1941 Soloveitchik was appointed the head of the Rabbi Isaac Elchanan Theological Seminary at the Yeshiva University in New York. He was responsible for the training of Orthodox rabbis and held that position until 1986.

He also served time as chairman of the Halacha Commission of the Rabbinical Council of America and honorary president of the Religious Zionists of America.