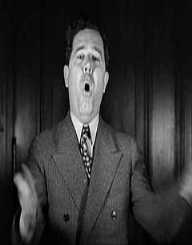 Huey Long was a southern politician through the Great Depression. Huey Long was the inspiration for a central character in the novel All the King's Men.

Huey Long was born on August 30, 1893, in Winnfield, Louisiana.  His parents were Huey Long, Sr. and Caledonia Palestine Tison.  Huey Long had eight siblings that survived.  His family did not have a lot of money.

Huey Long was homeschooled during his early years.  Later Huey Long attended local schools where he excelled in his classes.  Huey Long also had a strength in the area of debate.  This was rewarded with a debating scholarship from Louisiana State University.  He was unable to study at the university because he could not afford the textbooks.

After Huey Long worked for a few years, he enrolled in Oklahoma Baptist University's seminary classes.  When Huey Long realized that he was not interested in a career as a preacher, Huey Long went to study law.

Huey Long started at the University of Oklahoma College of Law, then transferred to Tulane University Law School.  He graduated from Tulane in 1914 with a degree in law.  Huey Long passed the Louisiana bar exam a year later.

Huey Long started out in private practice. Huey Long often represented the poor man who was fighting big businesses in cases such as workers' compensation.  As a man who was raised in poverty, Huey Long understood their hardships and took on the cases to represent them rather than argue against them. During his time in private practice, Huey Long looked closely at running for political office.  In 1918 he was elected to the Louisiana Railroad Commission on a platform against Standard Oil. Huey Long led a powerful, aggressive campaign that caught the attention of many others. They saw him as a populist who would stand up to big businesses and rate increases.

Huey Long then ran for Governor of Louisiana.  Though he lost in 1924, he ran again and won in 1928.  During his term, Huey Long was able to improve on the infrastructure, build hospitals, and strengthen the public works and welfare legislation. There was a great number of jobs created during his years of service to the state. Rather than run for a second term, Huey Long ran for United States Senator from Louisiana in 1932.  Huey Long continued to 1935

Huey Long married Rose in 1913.  The couple had three children. Huey Long died on September 10, 1935, in Baton Rouge, Louisiana at the age of 42.  Huey Long was assassinated by a relative of Long's political opponents for president of the United States.

During the era of the Great Depression, Huey Long started the push for the Share Our Wealth movement.  The purpose of the proposal was to redistribute wealth in net asset tax on corporation and individuals.

The money would support those living in poverty and the homeless.  Because Huey Long saw a huge gap between the upper class and the lower class, Huey Long believed that the Great Depression would end sooner by following his controversial yet popular plan.

•    Created jobs and better quality of living in Louisiana, especially during the Great Depression
•    Built schools and implemented a free textbook program to increase literacy
•    Provided free immunizations and healthcare programs which decreased the state's death rate
•    Share Our Wealth movement with 7.5 million members and supporters around the country\
•    Inducted into Louisiana Political Museum and Hall of Fame in Winnfield, Louisiana posthumously, 1993

Huey Long was supported by the lower class and impoverished because he wanted to close the gap between the rich and the poor.  His Share the Wealth movement called to tax the rich and the businesses to pay for the services for the poor.

Unfortunately Huey Long angered the wealthy who also had the power of their own.  The enemies that he made are part of the reason for his untimely death.

Books And Movies Inspired By Huey Long's Life And Politics: