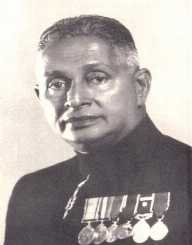 Don Stephen Senanayake was born on October 21, 1883. He was the first Prime Minister of Sri Lanka. He is known as the Father of the Nation. He is popularly known for his peaceful movement against the British for Independence. In 1948, through his efforts, the nation gained independence as the Dominion of Ceylon. He held the office of Prime Minister until his death.

Don Stephen Senanayake was born on October 21, 1883, in Mirigama, Sri Lanka. He was born to Don Spater Senanayake and Dona Catherina Elizabeth Perera Gunasekera. He was born into a Buddhist family. He was brought up alongside three siblings, Fredric Richard, Don Charles and Maria Frances. He attended Anglican Boys’ School S. Thomas College, Mutwal. He later became a clerk at the Surveyor General’s Department. Later on, he started working at his father’s rubber plantation.

Don Stephen Senanayake joined the Temperance Movement where his brothers were also members. The movement was formed in 1912. In 1914, he and his brothers joined the Colombo Town Guard. This was a regiment connected with the Ceylon Defence Force. In 1915, he and his brothers were confined by the British Governor Sir Robert Chalmers. Sir Robert viewed the Temperance Movement as rebellious. The British use violence but the learned in Ceylon initiated modern independence movement by the use of the education that they had gained.

In 1936, Don Stephen Senanayake was re-elected as the Minister of Agriculture and Lands. During World War II, he supplied and controlled food as he was a cabinet member. He became friends with Dr. Ivor Jennings who was the principal of the Ceylon University College. Ivor later became his advisor. In 1942, Don became the Leader of the House of the State Council of Ceylon, a position he held up to 1947. In the same year, he was also appointed the Vice Chairman of the Board of Ministers of the Council.

In 1943, a commission was called upon by the British Governor to stop the operations of Ministers through the Whitehall Declaration. The Declaration was meant to bring constitutional changes in Ceylon. Don did not agree with such as arrangement and so he left the Ceylon National Congress. He later proposed to the commission a dominion status which was accepted. In 1944, his submissions were published in the Sessional Paper XIV. The same year saw the formation of the Soulbury Commission.

In 1945, Don Stephen Senanayake travelled to London where he met George Hall. Hall was the Secretary of State for the Colonies. His submissions were accepted and Ceylon was one step away from gaining independence. In 1946, he resigned from his Ministry. In the same year, he founded the party, ‘United National Party’ which brought together people from the Sinhalese, Muslim and Tamil communities. He also refused a knighthood in the same year. Later his proposals on the change of the Constitution and the attainment of Independence were accepted by the British Government.

In 1947, Parliamentary elections were conducted. In the same year, Ceylon became an independent nation. His party formed a coalition with All Ceylon Tamil Congress and they formed the government. Don Stephen Senanayake became the first Prime Minister of Ceylon in September 24, 1947. He was also the Minister of Defence and External Affairs. He was respected by many communities in Ceylon. In 1950, he was inducted into the Privy Council by the British. The following year he became the Minister of Health and Local Government.

Don Stephen Senanayake married Molly Dunuwila with whom he had two sons, Robert and Dudley. He died of a stroke in March 22, 1952. He died at the age of sixty eight. He was loved by many in Ceylon.