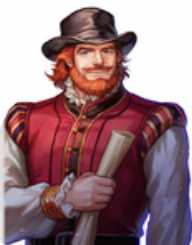 William Adams was born on September 24, 1564.  He was an English navigator. He was the first Englishman who travelled to Japan and became a Western Samurai. He also possessed the knowledge about trade and astronomy. He worked on the Royal Navy before undertaking other expeditions. He was a well-trained shipbuilder. He was a multi-faceted personality. He also played a significant role in the development of trade and the economy of Japan.

William Adams was born on September 24, 1564, in Gillingham, Kent, England. His father died when he was twelve years old. He was apprenticed in ship building under Master Nicholas Diggins. He also gained knowledge about astronomy and navigation.

William Adams joined the Royal Navy after his apprenticeship where he assisted Sir Francis Drake. In 1588, he was appointed the master of the supply ship ‘Richarde Dyfflde’ for the British. This was during the invasion of the Spanish Armada. He later took part in an expedition to the Arctic as a pilot for the Barbary Company. The expedition took two years as it was in search of a Northeast Passage along the coast of Siberia to the Far East.

In 1598, William Adams was chosen and appointed as a pilot major with a fleet which was dispatched for a Dutch expedition to the Far East. The fleet consisted of five ships. The ships began their journey and took the route to the coast of Guinea where they attacked the Island of Annobon for supplies and then moved on. Only three ships made it to the Straits of Magellan. In 1599, William’s ship, the Liefde, waited for the other ships but only one ship made it. The two ships sailed to Japan but the second ship together with its crew was destroyed in a typhoon.

In 1600, William Adams' ship together with his sick and dying crew anchored off the Island of Kyushu in Southern Japan. The ship was immediately seized, and the crew was imprisoned at Osaka Castle on orders by Tokugawa Ieyasu who was the daimyo of Edo and future shogun. Tokugawa was impressed by William’s knowledge of ships, mathematics and ship building. In 1604, he was ordered by Tokugawa to help in the construction of Japan’s first Western style ship. The ship was built at the harbour of Ito on the East Coast of the Izu Peninsula. He later became one of Tokugawa’s chief trade advisors.

William Adams also became a diplomat in Japan. He was later crowned as a Western Samurai. While he was acting as an advisor, he wrote letters on behalf of the Shogun encouraging the English and Dutch traders to come to Japan. He also officiated for the establishment of the Dutch East India Company in Japan. He was given generous revenues and an army of slaves to work under his command in the estate that had been given to him. In 1613, he assisted in the establishment of a factory for the British East India Company in Japan. He undertook other expeditions for instance, in 1614 and 1615 he went to Siam. The excursions were for developing trade in Japan, but others were for his reasons.

William Adams married an English woman with whom he had children before his expedition to the Far East. Tokugawa forbade him to leave Japan, and so he could not reach his family, but he managed to send regular support payments to his wife via the English and Dutch companies. He later married a Japanese woman, Oyuki with whom he had two children, Joseph and Susanna. William died on May 16, 1620, at Hirado, North of Nagasaki. He was buried there where he died.