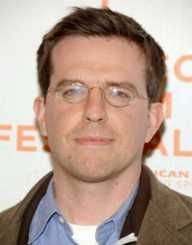 Portraying the Characters of Nerd like a True Nerd: Ed Helms

American actor, comedian, and singer Edward Parker Helms was born on January 24, 1974, in Atlanta, Georgia, United States of America. Ed Helms, as he was popularly known, was the youngest of the three children of his father, John A. Helms, a lawyer by profession and also a Navy veteran and an insurance executive and his mother, Pamela Ann, a school administrator. His brother, Paxton Helms worked as an immersion world geography teacher at Gunston Middle School in Virginia. He also has an elder sister named Susan Carol Helms. Ed Helms underwent an open heart surgery at the age of 14 to treat a severe congenital heart defect.

Helms pursued his schooling at the Westminster Schools and studied theatrical arts, graduating from there in 1992. Besides, he also learned to play guitar during his high school days. He started attending Oberlin College in Ohio as Geology major but later shifted his stream and earned his graduation in film theory and technology in 1996. He participated in a student exchange program and spent a semester at New York University's Tisch School of the Arts, utilizing the opportunity.

Ed Helms began his career after moving to New York City post his graduation from Oberlin College. He joined the New York City sketch comedy bands and started his career there as a writer and performer. He simultaneously associated himself with the city’s Upright Citizens Brigade troupe and practiced standup comedy and studied improvisation there. He also worked as a trainee film editor in a post-production facility called Crew Cuts and happened to record some rough voiceover scratch tracks which eventually helped him find work as a voice-over artist and ultimately led him to start his acting and comedy career.

In 2002, Helms auditioned for the satirical news program ‘The Daily Hunt’ and was selected as a correspondent. He continued his stint with ‘The Daily Hunt’ till mid-2006 contributing some of his signature segment shows such as "Ad Nauseam", "Digital Watch", "Mark Your Calendar", "This Week in God", "Battle of the Bulge" and his "Mass Hysteria" segment in addition to his ‘field reports”. Though he left the show in 2006, he returned to the show occasionally for some brief appearances as in “Obama Quest”, which he hosted on July 21, 2008, to cover the then-Senator Barack Obama’s trip to Iraq.

In 2004, Ed Helms made his feature film debut in the comedy film ‘Blackballed: The Bobby Dukes Story’, characterized by its spontaneity in making a comic scene out of any ordinary circumstances. The film went on to win several awards. Following his feature film debut, he appeared in some more movies including ‘Evan Almighty’ (2007), ‘Meet Dave’ (2008) and ‘Night at the Museum: Battle of the Smithsonian’ (2009), where he was cast in some short and insignificant roles.

In 2006, Helms was included in the cast of the highly successful NBC sitcom ‘The Office’, where he portrayed the character of Andy Bernard, a Cornell graduate, and a resentful employee, who always remains in a wistful mood engrossed in his love for Cappella music and open to show his obsession for such music by often breaking into singing impromptu songs. The character allowed Helmes to unveil his talent as a singer as well as a banjo player.

Ed Helms remained associated with the show for a consecutive nine seasons until the conclusion of the show in 2013. From becoming a series regular in February 2007, Helms consolidated his position on the Emmy Award-winning show including the addition of his name in the show’s opening credit in February 2010 and eventually becoming one of the show’s producers.

In 2009, Helms appeared in the first of the blockbuster film trilogy ‘The Hangover’ in which he co-starred with Bradley Cooper and Zach Galifianakis, completing the trio of the men who went to Las Vegas to celebrate bachelor’s party of a friend and thereafter found themselves awakened on the next day without any memory of the previous night. Helms, who played the role of Stuart Price, a dentist by profession found himself without a tooth. The film earned approximately $465 million worldwide.

Ed Helms starred in the 2011 film ‘Cedar Rapids’, a comedy, in which he also debuted as the executive producer. He was successful in receiving offers from different production houses post ‘Cedar Rapids’ and appeared in major roles in different important films including ‘Jeff, Who Lives at Home’ (2011), ‘We're the Millers’ (2013) and ‘Vacation’ (2015). He also lent his voice to animated film characters in the films like ‘Monsters vs. Aliens’ (2009) and ‘The Lorax’ (2012). Helms was very successful in television shows as well. Apart from acting in various Comedy Central specials, he was part of the television shows like ‘Arrested Development’, 'Tanner on Tanner', ‘The Mindy Project’, ‘Children's Hospital’ and ‘Cheap Seats’.

Ed Helms is also very active in pursuing his passion for music. During his college days, he formed a band called ‘The Lonesome Trio’ along with his two college mates Ian Riggs and Jacob Tilove. The bluegrass band is a well-known name and plays a few shows every year particularly at the annual La Bluegrass Situation Festival, where Helms is one of the founders. He plays piano, guitar, and banjo regularly to date.

In 2017, Helms played the role of Ted Kennedy's cousin and lawyer Joe Gargan in the film drama ‘Chappaquiddick’, which shows Ted Kennedy’s involvement in a car crash in 1969 which caused the accidental drowning of Mary Jo Kopechne.

In 2008, Ed Helms was awarded the Screen Actor Guild Award for his performance in the television series ‘The Office’.

He received the ‘Teen Choice Award’ in 2011 in the “Choice Movie: Hissy Fit” category for his performance in the movie ‘Hangover Part II’.

Ed Helms is the recipient of an honorary degree of Doctor of Fine Arts from Knox College. He also delivered the 2013 commencement address of the college.