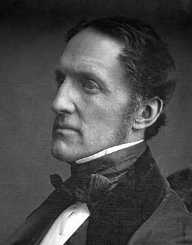 Even as a young child, Benjamin Lee Whorf found different languages to be fascinating. It’s not an average for a kid to be interested in, but this hobby left a lifelong impression, which led to a lifetime working in linguistics. As much as he loved studying language, he actually studied chemical engineering when he attended the Massachusetts Institute of Technology. In his spare time, he continued to study language, even though he did not pursue a degree in it at first. Later, when he was a graduate student, he attended Yale University. Here, he began to study linguistics professionally. He focused on the languages of Middle and Southern American Native Americans, specifically, the Hopi language.

It was while at Yale that Benjamin Lee Whorf met another linguist, Edward Sapir. Together, they researched Native American languages. One of their biggest research projects together was discovering Mayan hieroglyphics.

The Sapir-Whorf Hypothesis is named for this duo. The hypothesis was made the by two, and basically says that the way a person’s language and dialect work helps to determine how a person experiences the world. So, if two people speak different languages, they are likely to experience the same thing in different ways.

In 1930, Benjamin Lee Whorf was funded by a grant that would allow him to travel to Mexico to study the languages of the indigenous people of the surrounding area. He learned his favorite language, Hopi, better than most linguists of the time. He compared Hopi, and the other native languages, to that of English and other European languages to find the similarities and differences between the languages. He later went on to write several articles and books on the languages he studied during this trip and afterward.

In 1937, he took on a teaching position at Yale University, but he only stayed there for a year. While teaching, he continued his research, now looking both into literal translations of multiple works and the symbolic meanings. One of the books he looked into the most was the Bible. He looked for hidden meanings in translations. Since he could also read Hebrew, he made his own translation of the book of Genesis, the first book in the Bible.

After leaving his teaching post at Yale, he spent the rest of his life writing and researching.

Most all of  Benjamin Lee Whorf’s books were on the linguistics of Middle American and South American cultural dialects and languages. Most of his books were published during his life, but several were published posthumously. Some of his most famous publications are listed below.

Maya Writing and Its Decipherment

Linguistics as an Exact Science

A Review of General Semantics

Benjamin Lee Whorf married Celia Inez Peckham in 1920. The couple had three children together. The marriage ended with Whorf’s death.