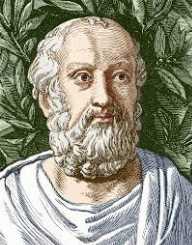 Plato was born circa 427 BC. He is a well-known Greece philosopher and doubles as the founder of the Academy in Athens, Greece. The Academy became the first higher learning institution in the Western world. Plato is also the author of some philosophical works of different influence in Western thought.

Plato's philosophical work has lasted for more than 2,400 years now. Together with his teacher, Socrates, and his student Aristotle, they laid the foundations that shaped Western Philosophy. Also, Plato reigns as part of the founders of Western spirituality and religion.

Plato was born circa 427 BC. Not much is available about Plato's early life and education. However, he came from one of the most active families in politics and also came from one of the wealthiest families in Athens. His father, Ariston originated from the kings of Athens and Messenia while his mother Perictione was related to the Greek statesman, Solon.

Ancient sources say that growing up, Plato performed exceptionally in his studies. There is the belief that he must have taken studies in grammar, philosophy, music, and gymnastics.

Many scholars agree that Plato got his name from his grandfather, Aristocles. The name came as a result of the tradition of naming firstborn sons after their grandfathers. Although there is no concrete evidence about the naming or the fact that Plato was the first born son.

Unlike the boys of his social class, Plato received his education from some of the best teachers. The curriculum probably contained the doctrines of Pythagoras, Cratylus and Parmenides. These three most likely formed the foundations of his study of nature and knowledge.

There is also a belief that Plato two brothers, one sister and a half brother. He took pride in his family as it is evident that they appeared in most of his dialogues. His father died when he was still at a tender age. As a result, Plato's mother got married to his uncle, Pyrilmapes.

Meeting Socrates and Peloponnesian War that took place between Athens and Sparta are the two key life events that shaped Plato's life. He became an associate to Socrates because of his powerful methods of dialogue and debate.

Plato died circa 348 BC at the age of 80 in Athens, Greece. There is a belief that his death came when he had attended a wedding. Although some scholars claim that Plato died in his sleep. He spent most his final years doing his writing and at the Academy.

His take on nature and philosophy has dramatically impacted the world as a whole. Plato's work mainly covered mathematics, life, science, political theory, and morals. His idea of the significance of mathematics in education has proven to be important in understanding the universe.