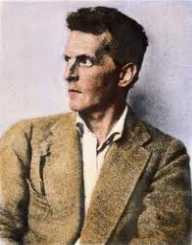 Legally known as Ludwig Josef Wittgenstein, he was famously known as a philosopher. He focused more on the philosophy of mathematics, logic, language, and mind. He was inspired by his long-term friend, Gottlob Frege and Bertrand Russell. He wasn’t into the crème de la crème list of writers, but his first work proved his passion for writing. This includes the Tractatus Logico-Philosophicus that he published in 1921. He also showcased his talent by writing various articles and middle-aged dictionaries. His significant and final work, Philosophical Investigations in 1953 is still regarded as one of the notable books of the 20th-century.

On April 26, 1889, Ludwig Wittgenstein was born in Vienna to Leopoldine Kalmus and Karl. He was the youngest child of eight siblings. His father, Karl didn’t want him and his other siblings to go school. Reason being that instead of gaining more knowledge they will be arrogant and full of themselves. His plan was for his sons to take care of his steel business. The results forced Ludwig to stay at home, but he continued to self-learn by reading and learning about writing. It was believed that Karl was a harsh and not a loving father. He impacted negative thoughts to his family relation that caused three of his sons to commit suicide.

Ludwig Wittgenstein's father changed his thoughts where he gave him a chance to attend a local school. Even then, it was difficult for him to grasp one thing or two. In fact, he failed an admission exam that was given by academic Gymnasium. His determination forced him to have a new tutor where he majored in all subjects. He qualified for the admission test where he joined K.u.k Realschule in the mid of 1903. Here he spent three years where he studied natural science and mathematics.

In 1908 Ludwig moved to England with the aim of getting an engineering course. He joined an engineering lab at Manchester University. Here, he practiced both practical and theoretical skills in engineering. As time passed, he learned how to build a propeller as well as understanding its design. He came to develop an interest in mathematics where he was allowed to join the University of Cambridge. It was here that he opted to switch from math to philosophy.

In 1912 Ludwig Wittgenstein presented his first assignment – ‘What is Philosophy?’ to the Cambridge Philosophical Society. He then went to Norway were broadened his philosophical talent for a year. After a few years, he established the very first book that he called The Tractatus Logico-Philosophicus.

Participation in World War I

Early in 1914, Ludwig Wittgenstein traveled to Vienna where he went to support the Australian Army. He served in the weapon section as well as on the ship. He then proceeded to the Russian front where he received several distinctions due to his bravery in 1916. He was then commanded to go to Italy where he joined other prisoners by the end of World War I. Above all, Wittgenstein continued to write the Tractatus book. While in prison, he used the chance to send several of his scripts to prominent professors in Cambridge. This led to the establishment of the book in 1922.

In 1920 Ludwig Wittgenstein took education as a career. He joined a Trattenbach school where he taught as a primary school tutor. At first, it was quite hard for him to get along with the new surrounding and other colleagues. He loved to teach with the passion to the point of offering evening tuition. He was made famous for his discipline and introduction of appropriate activities.

Ludwig Wittgenstein grew as a philosophical expert, but other professors didn’t understand his action point. All he wanted was for him to play with language. He argued that there are countless of multiple languages that are always waiting to be linked with other phrases. This brought further confusion to the philosophers where they claimed that it would result to be a misuse of other languages. Before the completion of his manuscripts, Ludwig died On April 29, 1951.