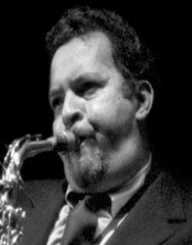 During his high school years, Jackie McLean formed a band with Sonny Rollins and Art Taylor. He was a friend of Charlie Parker who inspired his playing, and Bud Powell was a mentor. McLean made his debut at the Birdland club in New York City in 1949. And in 1952, he made his recording debut with Miles Davis. He worked with Miles Davis, Charles Mingus, and Art Blakey, frequently appearing at the jazz clubs in New York including appearances with the Jazz Messengers, Paul Bley, George Wallington, Gene Ammons, and Ray Draper.

In the late 1950s, his police cabaret card was cancelled because of his heroin addiction, resulting in him being banned from the jazz clubs.  He recorded extensively with the Blue Note label, collaborating with many other musicians including Donald Byrd, Lee Morgan, Hank Mobley, and Tina Brooks.

Jackie McLean appeared in the Off-Broadway production of The Connection as part of the Freddie Redd Quartet and received good reviews for both his acting and playing (1959-1960). The play was adapted for film in 1961. He emerged as one of the leaders of the hard-bop movement in the 1960s, recording his classic album Let Freedom Ring in 1962. McLean lost his recording contract with Blue Note in 1967 and took up touring.

In 1968, Jackie McLean was offered a teaching post at the Hartt School of Music which was part of the University of Hartford in Connecticut. During his time there, he co-founded the African American Music Department and was its first director. McLean was also the founder of the Artists Collective, interdisciplinary art and culture institution located in Hartford which focuses on the art and culture of the African diaspora. The organisation is still active and offers programmes to both students and the broader community in the performing and visual arts.

Jackie McLean continued playing in bands, often with his students as well as his son Rene, a jazz saxophonist. McLean also worked on programmes to create opportunities for inner-city children and to offer music-based rehabilitation programmes to addicts. During the 1970s, he toured Europe and continued recording including, Live at Montmartre with Kenny Drew.

Jackie McLean appeared at the 50th anniversary of Verve Records in 1994. He also did a concert with Rollins in the mid-1990s and was interviewed on the PBS television show Jazz in 2001.

In 2000, the African American Music Department at Hartford University was renamed the Jackie McLean Institute in his honour. McLean was awarded an American Jazz Masters fellowship from the National Endowment for the Arts (2001). In 2006, the International Critics Poll inducted McLean into the Downbeat Hall of Fame.

Jackie McLean was married to Dollie McLean. The couple had two sons Vernon and Rene as well as a daughter Melonae. Jackie McLean died in Hartford, Connecticut on the 31 March 2006. A biography, Sugar-Free Saxophone by Derek Ansell was published in 2012.