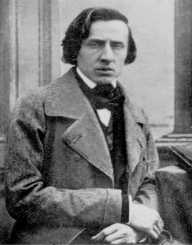 Austrian mathematician and physicist Christian Andreas Doppler was born on November 29, 1803, in Salzburg. His father was running a stonemasonry business, but Doppler could not join him due to lack of physical strength.

After completing high school, Christian Doppler went to study philosophy in Salzburg. He later enrolled in Imperial-Royal Polytechnic Institute (currently Vienna University of Technology), and he studied mathematics and physics. In 1829, Doppler started working at the Polytechnic as an assistant. He later moved to Prague Polytechnic (currently Czech Technical University) and received an appointment over there in 1841.

During his time at the Prague Polytechnic, Christian Doppler published widely. As a teacher, he was very harsh and not at all popular amongst students. During his time in Prague, Doppler met Mathilde Sturm- a native woman from Strasburg. The couple married in 1836, and the course of their marriage had five children.

In 1842, when Christian Doppler was 38 years old, he gave a lecture to the Royal Bohemian Society of Sciences, named “Über das farbige Licht der Doppelsterne” -On the colored light of the double stars and certain other stars of the heavens. The lecture and publication became his most notable work. He theorized that the observed frequency of a wave depends on the relative speed of the source and the observer. He used his theory to explain the color of binary stars- the color of the light from a star alters according to the star’s velocity relative to Earth.

His theory became majorly popular and was later named the Doppler Effect. This principle was also used to support the Big Bang Theory and is used in weather forecasting, radars, and navigation systems. During his time at the Prague University, Doppler published over 50 articles in mathematics, physics, and astronomy.

In 1847 Christian Doppler left Prague and accepted the professorship of mathematics, physics, and mechanics at the Academy of Mines and Forests in Selmecbanya, the Kingdom of Hungary (currently BanskaStiavnica, Slovakia). Just two years later, he moved to Vienna.

Doppler was continuing his research, but it was interrupted by the revolutionary incidents in 1848- the Hungarian Revolution. This was the reason, why Doppler had to flee to Vienna. Back in Austria, Doppler was appointed the head of the Institute for Experimental Physics at the University of Vienna in 1850. At the university, Doppler met Franz Unger, and both were significant influences on the young student Gregor Mendel. Mendel was attending the university from 1851 to 1853, and later became known as the father of genetics.

Christian Doppler died on March 17, 1853. He was at the time visiting Venice (which was then a part of Austrian Empire) and died of unknown pulmonary disease. He was at the time only 49 years old. His tomb was in later years found by Dr. Peter M. Schuster close to the entrance of the Venetian island cemetery San Michele.