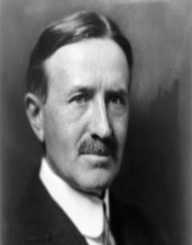 Austrian biologist and physician Karl Landsteiner was born on June 14, 1868. His father Leopold was a renowned Journalist from Vienna. He died when Karl was only six years old. Since his father died when Karl was still young, he developed a very close relationship with his mother.

Landsteiner attended Vienna Secondary School and, after graduating, enrolled at the University of Vienna to study medicine. In 1891, Landsteiner wrote his doctoral thesis. As a student, Landsteiner also wrote papers on how diet can influence the composition of blood.

After finishing his doctoral thesis, Karl Landsteiner continued his academic education in Wurzburg studying chemistry under Hermann Emil Fischer. He also studied in Munich and Zurich. During this period, Landsteiner often published articles in co-operation with his professors.

After finishing his chemistry studies, Karl Landsteiner returned to Vienna and started to work as an assistant to Max von Gruber at the Hygienic Institute of Vienna. He began to research the immune mechanisms and antibody nature. In 1987, Landsteiner started to work at the pathological-anatomical institute of the University of Vienna under Anton Weichselbaum. He was investigating serology, virology, bacteriology and pathological anatomy. While he was working at the university, until 1908, Landsteiner published 75 papers on these topics.

Until 1920, Landsteiner was a professor at the Wilhelminen hospital in Vienna. He was sworn in as an associate professor of pathological anatomy in 1911. During this time, he and another scientist Erwin Popper discovered the characteristics of poliomyelitis and isolated the virus. This significant discovery led to the development of polio vaccine and fought against the disease.

Discovery of the polio virus was one of the two significant discoveries by Karl Landsteiner. In 1900, while working on blood physiology, he found out that the blood of two people agglutinates upon contact. He continued to work, and a year later discovered that agglutination happens when blood serum of two people come in contact. This led to Landsteiner successfully identifying the three blood groups – A, B, and O.

His discovery later led to other findings, like that AB blood group persons can accept blood from any donors. Also, the O blood group is the universal donor. Nowadays blood transfusions are made only by using red blood cells without serum. In 1930, Karl Landsteiner won the Nobel Prize in Physiology of Medicine for his achievements. He is also known as the father of transfusion medicine.

After World War I, Karl Landsteiner didn’t see any possibilities to advance his career and research in the newly formed Republic of Austria. He decided to move away and went to the Netherlands. He started to work as a professor at the Catholic St. Joannes de Deo hospital in The Hague. He also took a job in a factory that produced tuberculin.

During his time in the Netherlands, Landsteiner continued publishing papers, and the Royal Academy of Sciences published some of them. To earn his living, Landsteiner had to work a lot, and his circumstances had not improved much more than while living in Austria. He decided to accept the invitation by Simon Flexner and went to work at the Rockefeller Institute in New York. He continued to work on immunity and allergy associated problems. He also discovered new blood groups M, N and P and published his findings that were started to be used in paternity suits.

In 1890, Karl Landsteiner converted from Judaism to Roman Catholicism. He has been married once to Leopoldine Helene Wlasto. The couple married in 1916, and she had to switch to his religion to marry.

In 1937 an author included Karl Landsteiner’s name in the book “Who’s Who in American Jewry.” The book was a biographical dictionary of American Jews. Landsteiner took legal action for his name being included in the book since he didn’t want himself to be publicly emphasized based on the religion of his ancestors.