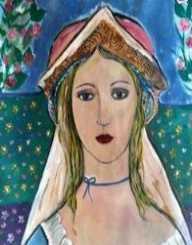 Christine de Pisan is one of the first French daughters to stand up for the values of women back in the 16th Century. In her life, she was a writer. Also, she wrote some of the most exciting read of that time. Christine de Pisan is famously remembered as the author of The Book of the City of Ladies and The Treasure of the City of Ladies. In her time she was one of the prominent moralists. Also, Christine was a political thinker way beyond her time.

Moreover, Christine got to serve in court during the reign of King Charles VI. Some people of that time saw her books more of advice pieces to children of the royal families. It is incredible that her work is still in print today. Thanks to scholars such as Earl Jeffrey Richards and Simone de Beauvoir.

Lady Christine de Pisan was born in the year 1364 in, Venice, Italy to the family of one Tommaso di Benvenuto da Pizzano. Her father was a physician. Also, he took up roles such as being the royal court's astrologer and doubling as the Council of the Republic of Venice. Later due to a new job opportunity for the father to serve the King of France, they moved to Paris.

The year of 1379 saw to the marriage between Christine de Piza and Etienne du Castel. The husband was a notary and royal secretary to the king. Their union bore them three children. Later in life, one of her daughters became a nun. In that capacity, the daughter would be the companion to the king's daughter by the name Marie. The year 1389 brought the sad news of Christine's husband. The plague had struck him. Also, the year before that, her father too had passed away. So, as the only one able, she took up the role of supporting all her kids and her mother. The money that was resulting from her husband's estate brought lawsuit challenges. Therefore, she could not recover any salary belonging to her husband.

Since she could not be able to attain her husband's money and estate, Christine resorted to writing. At least through such efforts, she could earn enough to help the family. Soon, in the year 1393, she had written some love ballads. These, in turn, go the attention of some of the people in the Kings court. During this period, there were radical views about politics. So, her writing got the attention of many people.

Moreover, Christine had become such a smooth writer and was doing well. Christine was an Italian by birth. However, in her writings, she would show a lot of fidelity to her host country France. As a result, Christine dedicated her earlier writes to the royal family of France. Throughout her career as an author, she wrote on contemporary matters that affected the Kingdom of France.

Sometime around the year 1407, France was drawn into civil war by the assassination of Louis of Orleans. John of Burgundy killed Louis with the help of the Duke of Burgundy who later went into exile. Also, this was after the news came out that he had a hand in the plot to kill Louis. During this period Christine got the opportunity to write on the matter of war and military in The Book of Feats of Arms of Chivalry.

After that Christine got paid up to 200livre for her book, the book was written in French to allow for an easy read by most people. The year 1413 saw her write another book by the name Livre de la Paix( The Book of Peace). Christine was targeting the ruler at that time to offer her advice on how to rule. She had excellent and effective ways on how to govern. Later in life, she went on to write more political writings.

The French got into a civil war that lasted over 100 years. Therefore, this one of the factors that helped adjusts the life of Christine. After the battle of Agincourt where the French lost, Christine refuge in a convent. While she was staying there, she wrote other works. So, the year 1429 saw to the writing of Joan of Arc. Many believe that this was the last material that Christine ever wrote in her life. Later, Christine de Pisan died while still staying in the convent. This was the year around 1430.