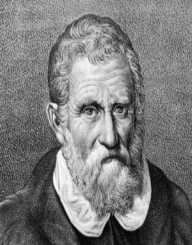 Marco Polo was a renowned Italian merchant, writer, and an adventurer. The book Livre des Merveilles du Monde indicate his journey. The book explains the wealth of Europe, China, and other European countries. Marco traveled from Europe to Asia between 1271 and 1295.

The veteran merchant was born 1254. Historians have differed on the place of his birthplace. Some say that he was born in Constantinople and Kor?ula. His father and uncle were both traders which explains why Polo took the same path.

Marco's family acquired a lot of wealth having traded with the Middle East for a long time. Together with his family, they traveled to China from 1271 to 1295. He spent 17 years in China before living to Persia.

His background enabled him to have a good education. Some of the subjects he learned include foreign currency, handling of cargo ships and foreign currency. At the age of 17, his family departed to Asia before returning to Venice when Marco was 24.

As documented in one of Marcos books, the family acquired a lot of wealth and treasures during their stay in Asia. The adventure saw the family travel around 15,000 miles.

Marco Polo Adventures.  The book's name was however changed to The Travels of Marco Polo. During his return, his home town Venice was at war with Genoa.

Marco commanded a ship into war against the city of Genoa. His action during the war led to his arrest where he faced a sentence a Genoese prison. It is during his time in prison when he met his long term friend and fellow writer Rustichello.

During his few months of imprisonment, narrated his China adventure to his inmate to create his first book. The book also incorporated Rustichello da Pisa stories. It soon became a hit across Europe, and Marco became a celebrity.

The book became the first European comprehensive book. A  French, Latin, and Italian version also exists. Even though some readers believed the story and Marco as a real character, some believed it to be fiction.

Marco Polo active life came to an end on 8th January 1324. An unknown illness confined him to bed for the better part of his remaining life. A local priest helped him draft his will. A large portion of his wealth went to his wife and his three daughters. The church also benefited from his wealth.

Efforts by the doctors to save his life were unsuccessful. He later died on 9th January 1323. Some historians however differed with this date claiming the date of his date to be 9th January 1323.

The second season came to be on July 2016. Just the first season, the second equally performed dismally. Netflix lost $200 million through the show. The show was forced to come to an end after the negative reviews from the viewers.