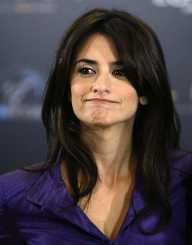 Penelope Cruz’ prominence began in 1997 where her life turned around. She first played the role of Isabel Plaza in ‘Carne Tremula’ which was translated as ‘Live Flesh’ in English. It was a romantic thriller which earned her a Film Performance Award. It was her first time to work with an international director, Pedro Almodovar. She also played ‘Art House Film’ and ‘Abre Los Ojos’-‘Open Your Eyes.'

The role of Sofia caught the audience eyes and impressed more than one film producer. The outcome made the movie to be translated into English and renamed it as ‘Vanilla Sky.' She is currently a Spanish actress who is widely known for the Hollywood mainstream film.

The Spanish Enchantress as her fans calls her was born on April 28, 1974, in Madrid, Alcobendas Spain. Her name derived from her parent’s favorite song by Joan Manuel Serrat. She spent her childhood days in Alcobendas with her younger siblings, Eduardo Cruz Jr, and Monica.

Little Penelope Cruz loved to sing at her tender age. Overwhelmed with her signing talent, she took nine years apart and studied ballet at Spain’s National Conservatory. In the process, she also learned Spanish dance under her mentor Angela Garrido.

Having satisfactory results, Penelope went along and practiced jazz dance lessons with the help of Raul Caballero. She later moved to New York and took a four-year dancing course with Christina Rota guidance.

In her teenage years, Penelope Cruz once attended a talent audition. The results surprised everyone for her remarkable performance. Of course, she won and defeated 300 girls. It was at this point that Penelope opted to focus on her acting career. Afterward, she alarmed the green-lit again when she teamed up with the La Mecano - A Spanish Pop Group. Cruz also worked on a teen program as a presenter. She took advantage of her beauty and acted in several French seduction films.

Being in love with her career, Cruz sacrificed her time and learned three languages (English, French, and Spanish). She went along and learned Italian with the aim of taking on an Italian film role. Fortunately, she starred in 'Don’t Move' movie and earned herself an Italian Oscar.

In 2006, Penelope took a Bandidas film role with her friend Salma Hayek. She followed it up with Pedro Almodovar Volver movie which gave her an Oscar nomination. The end outcome made her be the first Spanish actress to hold the Best Actress Academy Award. At the end of 2009, Cruz had a chance to work again with Almodovar and Blanca Portillo in ‘Los Abrazos Rotos’ translated as ‘Broken Embraces.'

Penelope Cruz earned an Oscar as the Best Performing Actress in 2009. She also won BAFTA recognition at the same juncture. The BSFC followed as well as an Alma Award for a similar film. Her other significant movies won her the best actress award, Empire, and CEC award.

As far as the acting field is an integral part of her life, Penelope Cruz met her future husband in the process. Javier Bardem, a Spanish actor. They dated from 2007, and in 2010 their spokesman announced that they were expecting a child in 2011.

One of her latest roles includes ‘The Counselor’ in 2004 and ‘Grimsby’ in 2015. They married in 2010 and had a son, Leonard, and daughter, Luna. Penelope Cruz is the type of person who believes that breastfeeding works wonders for every child. In that regard, she will never stop to support several breastfeeding causes for her entire lifetime.